To boldly go… To the infinity and beyond! 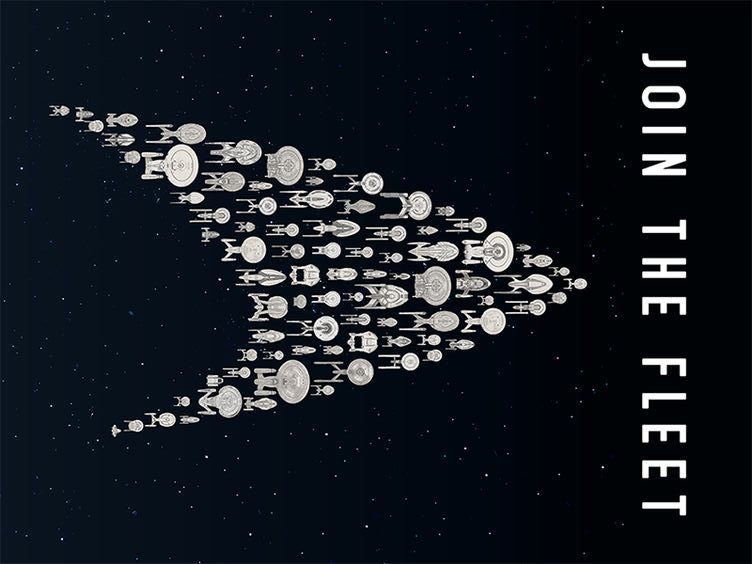 To boldly go… where no man has gone before! If you would ask me 2-3 years ago whether I would even consider watching Star Trek, I would firmly say: HELL NO. Like, what would I? To do what? Write a review? Pshh. Oh, but life works in mysterious ways, does it not? This is a funny story, though. Welcome to part one of Star Trek adventures!

Logic is the beginning of wisdom, not the end.

I watched Star Trek for work. I am not lying to you, I had to watch it for work! 😉 Well, kind of. But it still counts. We came up with a new initiative for my Movie Club, called “Conversations with leaders”. And it’s not only about pop culture and Star Wars. It’s also about The Big Bang Theory and Peaky Blinders. No, but seriously – one of the main objectives is to show that great leaders are (often) big time movie lovers. And that there is a link between being a good leader and being in love with films.

But those conclusions will come later, I promise! So, prior to every meeting I am doing a little research about my conversation partner. Well, okay – Kate provides me the research. She’s the best! Anyway, for one of the talks, Kate told me that I should know the differences between Star Wars and Star Trek.

And sure, I could’ve just Google it all. Right? That would be the easiest option. But you know me a little – I love discovering new things. Places. Tastes. And films as well! Of course, I had the opportunity to watch all of ST films, but again – what was the point? 😉

Without freedom of choice there is no creativity.

I decided to give it a shot. What possibly could I lose? My never-ending love for Star Wars? No way, that is rooted deeply in my heart. But there is plenty of space for new… Undiscovered and unappreciated. And I am happy to admit that I misjudged this world. Because it is an absolute joyride!!! And it deserves all the recognition and love possible. So, to honor the beautiful, logically illogical galaxy of Star Trek, I will do a familiar run-down of the first half of “phase one” of the movie world. Kicking it off with…

Why is any object we don’t understand always called „a thing”?

Okay, so the first thing I learnt was that there is no point in trying to watch it “Marvel-style”, because the show was first and there were some other shows that made sense with some of the films but that was too much logistics so I decided to watch films by the release order. The shows come next, and I am so excited!!! See, joyride from the very start.

Again, let me mention that it’s not Star Wars and it will never be, but does it mean that I must hate it? Come on. Why waste life on hate and being a radical fan, if you can win by choosing to enjoy both. Especially with remote work, with all the time in the world. So, now watching Star Trek is part of my morning ritual! I wake up, go for a walk (hello mister doctor, thank you for the green light, I feel like a legit grandma), come back home, shower, eat breakfast and watch these absolute joyful movies.

So, prior to that important conversation, I watched the first part, released in 1979. And let me stop right here to throw a name at you: Alan Dean Foster. Sounds familiar? It should!!! One of the best authors, prolific science fiction and fantasy. I own like… 12 of his books? Mostly novelizations based on movies, and you know what? They are a-ma-zing! Foster was credited for writing the script for the first movie.

And with this one, it’s like you’re jumping in the middle of the action right away! After an 18-month refit process, the USS Enterprise, was pampered and ready to explore the space once again. But! There is a huge, invincible cloud approaching Earth and admiral James T. Kirk must assume command of his old ship in order to stop it. HOW COOL DOES THAT SOUND?!

Plot-wise it was absolutely gripping and edge-cutting. Special effects… What can I say? Well, I could say that with today’s technology it would look different, better. And guess what? It does 😉 But that will come soon-ish. Hell, the new timeline films made me cheat, for Kirk’s sake! Hey, but the special effects, yes. Not the greatest, and it’s a galaxy far, far away from New Hope, but they didn’t bother me.

My absolutely favorite character… Well, Spock is the obvious choice because he is one Vulcan cinnamon roll, but Scotty!!!! And Uhura, that fierce woman! Actually, I find it hard to choose, because the entire crew of the Enterprise is so funny!

And you know what? The VGer plot twist made me gasp!!!! Like, who does that? Only someone super excited about the film. Seriously though, I did not see it coming. Jeez. What a ride!!

After the groundbreaking success of the first movie, I was sure that I will continue and carry on, where no man has gone before! Okay, plenty of men have, but let me have my moment! 😉 This time, Kirk and the gang had to face their greatest challenge yet. And you know what? This is one of the things that makes ST so damn cool. Great villains!!! Khan was so cruel, oh Gosh. This part made me cry and once again – I did not see that one coming.

Khan Noonien Singh escaped his exile on Ceti Alpha V and started his journey to seek revenge on Kirk. Powerful new device in the wrong hands and a no-win scenario… To actually win this one, the crew of the Enterprise paid the ultimate cost.

Let me tell you, this part right here: “Of all the souls I have encountered in my travels, his was the most… Human” broke my heart and I could not believe that they killed off Spock!!!! Oh holy shit, this made no sense, but in the end turned out to be the most logical thing.

Surprisingly enough, the special effects were better in this one, but once again – I am not a technical person, so I honestly don’t care that much. Music, amazing plot (hell ducking yes, the storylines are OUT OF THIS WORLD) and great chemistry between the cast – those are essentials for me. And I think The Wrath of Khan is my second favorite with the “old crew”.

One would say that the title itself is a spoiler, but guess what? Back in 1982, maybe they didn’t know that in 1984 the next part would come? Okay, everybody knew. BUT STILL!!! My heart was shattered. And I was 10 minutes away from the third installment, right? So, just imagine how hooked I was. Am. Still! I am absolutely over the moon, that I have so much to discover (pun intended!).

But The Search for Spock was one of the most emotional and gripping out of all. I mean, it was so worth it, to see Spock rise from the demise like Jesus. Literally, it felt so familiar haha. But before we actually learn that there is a chance for the search, we were left with the knowledge of Genesis being created – as a result of the great, top-secret project. And there is more!!!

An unexpected visit from Sarek, Spock’s father, leaves the crew shaken and stirred: McCoy is harboring Spock’s living essence. One of his friends is dead and the other not, but both are in pain. Kirk attempts to save them by stealing the Enterprise and defying Starfleet’s Genesis planet quarantine. Of course, things don’t go smoothly and Klingons follow… To what end?

Third movie was significantly better with special effects, but the real gems will come soon 😉 I am really surprised by the wonderful soundtrack – it’s one of the most enjoyable scores ever! Plot-wise, it was another great story with emotional twist and the ultimate dilemma…

We prefer to help ourselves. We make mistakes, but we’re human–and maybe that’s the word that best explains us.

The 23rd century universe of Kirk, Spock, Bones, Uhura, Chekov, Sulu and Scotty turned out to be most welcoming, hilarious and captivating. I can’t wait to see what’s coming, all the hilarious memes, shocking plot twists and adventures of one of the most likable space crews out there!

I am grateful to German – who kept sneaking all Star Trek references since the day we met; Kate and Andrew – for being patient with my “initial ignorance” of this classic, and being extra supportive with all “revelations” I had with those films; Skyguy – for diving into that joyride with me!

Trust me, Lot – you can love Star Wars and still enjoy Star Trek! Or the other way around. Why waste life for hate, that is illogical and leads to the Dark Side? 😉 Stay tuned for part two of this run-down, coming soon – in two weeks!!!

Space: the final frontier. These are the voyages of the starship Enterprise. Its five-year mission: to explore strange new worlds. To seek out new life and new civilizations. To boldly go where no man has gone before!

7 thoughts on “To boldly go… To the infinity and beyond!”

Life is to be lived, not agreed with ❤️ #life