Oscars are not what they seem… 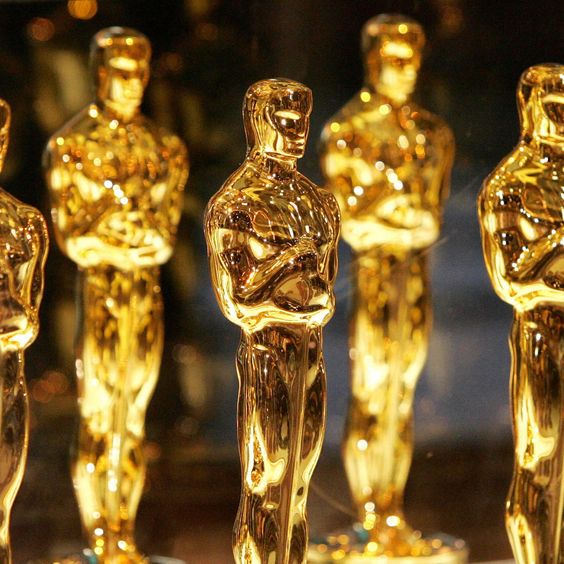 Oscars are no longer what they used to be – a true celebration of the cinematic industry. The charm of the famous red carpet, big gala and beautiful creations is long gone, yet every year, I hope. Last year I wanted 1917 to win, and in 2021 my heart was beating for Judas and the Black Messiah.

So, how did the pandemic reality hit the Academy and the Awards?

My Movie Club at work did a 3rd edition of Oscars predictions contest. I usually don’t take part in the main thing, but I do it just for fun. Damn, though! This year I got 20 out of 23 correctly. It would be 21, but I voted for Onward with a full, happy heart. Maybe I should consider going pro next year 😉 Overall, it is safe to say that Mank was the biggest loser this year – 10 nominations and only 2 wins. Soul to 2 out of 3, and my beloved TENET won 1 out of 2.

2020 was a long-ass year, but some good movies came out, good enough to receive a nomination. Some controversial things came up with future requirements – with on-screen representation, themes and narratives.

I hope there’s a little magic left in you.

Okay. Let’s talk about my heart’s Oscars candidate – Onward. Like, what the hell. Sure, Soul was beautiful. Technical masterpiece, with wonderful music and very mature storytelling. BUT. It wasn’t Onward. It wasn’t… THAT relatable for me. Of course, I am lost in life and sometimes take things for granted. BUT. Onward was about two brothers, and what it feels like to have an older brother who was always there, even if we didn’t notice that.

I can’t even begin to describe how emotional this film was for me – considering that it was the last one before complete lock-down in Poland (well, the first one), and that it brought back all the good memories of me and my brother. Happy times, sad times. But we were (and still are) in this together, united. I am a godmother of this son. He is helping me out with the apartment and brushes my tears away when I’m having a rough day.

I knew that Soul will have the crown, but… At least my heart was grateful for that vote.

This quote. This is an Oscar-worthy quote, right there. Wow! Think about it. Just think. Once you start a movement, there is no going back. Few weeks back, I was a guest speaker on “Share your passion” at work. It was a Financial team and I was the first “outsider” to give a talk! 😉 Huge honor but a bit stressful. When we were done with the main conversation, one of the hosts told me that my story reminded her about a Ted Talk she watched.

And that was the case with Judas and the Black Messiah. The one person that was able to put Fred Hampton down, became his follower; a true believer. Fantastic film, brilliant performances by Daniel Kaluuya and Lakeith Stanfield.

Home, is it just a word? Or is it something that you carry within you?

Nomadland deserved an Oscar for Best Picture. Even though my heart has its own choice, this was the best film. It was true. Unbelievably sad, but done perfectly. Just like 1917 last year. I think that both of them were measured perfectly to match and meet Oscars requirements. 1917 won for Cinematography and not Best Picture. This year, Nomadland won the most important of the night, but it was robbed from Cinematography.

One of the things I really liked about it, was the approach to nomad life – chosen, forced – but true. I am not sure I will watch it again anytime soon. Not because it was bad, only because I… It kept me thinking, how lonely life can get. How easy it is to lose everything.

Well-deserved win, both in Best Picture and Best director. Chloé Zhao’s name is forever now, forever in cinema history for being the first woman of color to win and second female to triumph in this category.

Every week, I go to a club, and every week, I act like I am too drunk and stand. And every f***ing week, a nice guy comes over to see if I’m okay.

The most important film at 93rd Academy Awards. THE. MOST. IMPORTANT. ONE. It won the Oscar for Original screenplay – it wasn’t based on a book or a play. HOWEVER. It was based on collective experiences of thousands of women around the world.

You have no idea how many times, I was going home at night with keys in my hand, ready to strike. How many times, I was faking a phone call, while passing a group of men. Or the countless times I started running, being rationally scared of the shadows behind me.

And what for? For the possibility to hear that I was asking for it, because I was wearing a dress? Screw that. Protect your daughters? Educate your sons!!!!!

This film should be mandatory for every young person, around the world. No matter the gender, the culture or beliefs.

I feel as if I’m losing all my leaves. The branches, and the wind, and the rain. I don’t know what’s happening anymore…

I don’t want to say that I was disappointed with this year’s results. After all, I got most of them right 😊 What I will never accept, is the Academy’s intent to make us all believe that Best Actor award will go to Chadwick Boseman. Saving this Award to announce it last, was pretty… Well, straight forward.

Now, don’t get me wrong – his performance in Ma Rainey’s Black Bottom was damn good. But Anthony Hopkins was better. The Father was heartbreaking. When you think about it, getting old and dependent is 100% scary. And living with dementia… I can’t, I don’t want to imagine.

Hopkins’ performance is unforgettable, even though his character is struggling with most treacherous disease. It’s another film that I don’t want to watch again, because it is a different kind of scary. The truth is, this year’s nominees were all pretty damn good, and making such choices… Must have been hard.

What do you want to be remembered for?

For me, the Oscars are… Sentimental. I think I outgrew that magic and it’s no longer that thrilling. I don’t feel the need to stay up all night to watch the gala; catching up on highlights is enough. Why? Call it politics, call it changes – good and bad – call it whatever you want.

I choose my own award worthy films. For me, TENET was brilliant and thought provoking. Should have been nominated for Best picture instead of Mank. And that is the beauty of film-making, movie-going and cinema-talking – there are so many different perspectives. But tell me – what are the films that you feel should receive an Oscar?

4 thoughts on “Oscars are not what they seem…”