Eternals – what the future holds? 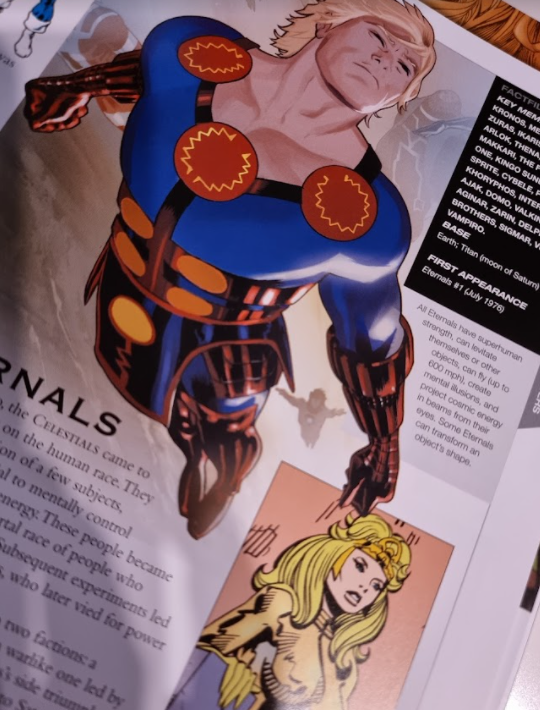 Eternals sparked a lot of controversies, receiving mixed reviews. From extremely good to drastically bad. Initially, I wasn’t really hyped about it. To be honest, I am drifting away towards the DC universe these days. But Marvel will forever have a warm spot in my heart. But we are witnessing a new era of Marvel – introducing new characters, shifting the odds and changing the direction. Is it good for them?

We have loved these people since the day we arrived. When you love something, you protect it.

Actually, the new era of Marvel didn’t start with Eternals. In the Cinematic Universe, it started with the series (WadnaVision, The Falcon and the Winter Soldier and Loki) and Shang-Chi. And it’s not like with Endgame we’ve said goodbye to the old crew – Hulk, Thor, Spider-Man. But with several characters gone or, well, old, great heads at Marvel HQ decided to steer into a new, uncharted direction.

And I will be honest with you – just because I lost my hype, it does not mean that the magic is gone. I am still excited to see the movies on opening night. Or, the night after. I need more motivation with the series, though. But hey, one day!

Eternals is a bold movie with a wonderful director behind it. Chloé Zhao – a woman who told a touching, heart-breaking story about contemporary nomads and scored a well-deserved Academy Award for it. So, one thing we knew for sure – her new picture will be stunning. At least visually.

We were instructed not to interfere in any human conflicts unless Deviants were involved.

So why were people pissed or worried? First, the basic anger with what happened in Endgame. I mean, Eternals could’ve helped, right? Where were they all this time? Not interfering, that’s right. These are the rules. Jack Kirby returned to Marvel after 5 years (AT DC, OF ALL PLACES) to work on Captain America and Black Panther. But he wanted to work on something new as well.

Kirby was interested in science fiction and space stories. During his time at DC, he started working on New Gods and decided to continue with the idea. Eternals were similar in terms of plot and themes. This series had a lot of ups and downs – including being tossed to trash without resolving many of the plotlines.

What we’ve got from Chloe was a nicely told origin story. And if Marvel knows how to do something, it’s telling a tale of a beginning. Jumping between timelines is a dangerous thing, though. This trick didn’t feel forced or confusing. It served as a great narration device to bring us to the climax of the story – the end of the world, that’s been through so much already.

My favorite scene was the final fight at the beach. Oh, what a great one, Marvel! Felt like the old times, really, but with a fresh scent of new blood. But Chloe behind the camera was one thing. I have to admit that the cast was absolutely atomic. And pretty good together, even though they were no match for Avengers’ chemistry.

SPOILERS BELOW. READ AT YOUR OWN RESPONSIBILITY!

Dad, that’s Superman! With the cape and shooting laser beams out of your eyes!

Oh, I think not enough people appreciate this one line. Holy shit, this was pure shots fired at Marvel, respect for that. I mean… Superman was “born” in Action Comics in 1938 and please – Ikaris is such a rip-off. That will always and forever be my major issue with Marvel. But! Let’s not focus on negatives, shall we?

Making him the definitive bad guy was a great plot twist. There were little clues left along the way, but I think the “internal job” suspicions were too obvious, so a lot of people dropped it. As much as I enjoy conspiracy theories, with Marvel I’m just trying to enjoy the show.

In comic books, we essentially have a similar storyline: Celestials came to Earth and experimented on humans. They created Eternals by giving some of them the potential to mentally control small amounts of cosmic energy. Later experiments led to creation of the Deviants – the evil counterpart and ultimate foe. What we didn’t see in the movie was the civil war between Eternals divided into two factions: one led by Kronos and one led by Uranos (both absent in the 2021 version). BUT! Since Eternals will return in what’s likely going to be part two, perhaps we will see how Zorus (Kronos’s son) faces Celestials who came to Earth for a judgment day? That would be cool.

Do you think it was easy to live with the truth? To know that one day all this would end? If we gave humanity the choice, how many of them would be willing to die so that billions more could be born?

I want to talk about how Chloe’s Eternals, as characters, were somewhat true to the source material. Oh yes, I did the digging for you and here is the rundown on our godly heroes!

You have chosen to sacrifice a Celestial, for the people of this planet. I will spare them, but your memories will show me if they are worthy to live. And I will return, for judgement.

EVEN MORE SPOILERS BELOW. READ AT YOUR OWN RESPONSIBILITY!

I think the issue with Marvel movies these days is that people are no longer interested in the main story. We all are waiting for… The post-credit scene. Oh, may there always be two! Is this the old trick that will keep everyone hooked to the screens? Post-credit scenes in Eternals were absolutely bonkers. 30 seconds each and I am more hyped for the upcoming movies than ever.

But for a minute there, that clouded my judgement on the movie itself. Eternals instantly scored +2 points for these scenes. And really, involving Harry Styles might have been Marvel’s best kept secret. Introducing him as brother of Thanos? WOW! But to be honest, at first I was like Eros wasn’t his brother, it was Starfox. But yeah, I connected the dots at home. They are the same person.

So, what do we know about Starfox (God I love that name and can’t wait to hear it in the cinema) so far? He is an Eternal raised on Saturn by his father (Mentor). But wait!!!! Thanos was the Mad Titan, he was not an Eternal! Well, that is how MCU decided to introduce him. But in the comic books, Thanos was an Eternal as well. So I am really curious how MCU is going to fix that, but hey – good luck.

Eros joined the Avengers as Starfox, because he wasn’t exactly peachy with Thaons (even though once a year they called a truce to meet and exchange gifts. Well. Now with Thanos gone… Where will this lead us?

Are you sure you want to do that, Mr Whitman?

Clues hidden in plain sight! Dane Whitman, a.k.a. the Black Knight! Sir Percy of Scandia, born in the 6th century. He became the bravest knight at the court of King Arthur Pendragon at Camelot. BOOM! Will that be a link between him and Sersi in the MCU? Hopefully. In Eternals we meet Dane as a love interest of Sersi. He did not know much about his family’s past – at least for now. The sources say that there were two Black Knights – the good one (Dane) and the bad one (Nathan Garrett).

In the comic books, he was a mild-mannered fop by day and evil fighting, Ebony Blade wielding Black Knight. And that Ebony Blade was forged by Merlin the Magician from the Starstone meteorite. Gosh, I am hoping this is the Blade we saw in the movie.

And speaking of Blade… HOLY EFFING SHIT THAT WAS THE COOLEST EASTER EGG EVER. 10 words, right? That was all it took to send the fans across the world crazy. Will this be a reborn of the great daywalking human vampire? How will Doctor Strange be involved? WILL BLADE WORK WITH SPIDER-MAN AND GET BITTEN BY MORIBUS? So many questions. So little answers!

You know what has never saved the world? Your sarcasm.

Perhaps Eternals were essential to restore my faith in MCU. Overall, it was a good origin story. Not best, but pretty decent. I don’t understand why people disliked it so much. Was it the non-forced gender swap? The LGBT characters? Maybe. Guess some people are still stuck in the Middle Ages.

Sadly though, I am more willing to discuss the post-credit scenes, rather than the movie itself. And that means, it will be easy to forget. Which shouldn’t happen but that trick? With atomic post-credit scenes might be the very sword Marvel will die from.

Eternals was a solid 7 for me – great, breathtaking visuals (even though some were pure CGI), good story and crazy future ahead – not gonna lie, you got my attention back, Marvel.

2 thoughts on “Eternals – what the future holds?”