Back at it – part 3 of Movie Journal 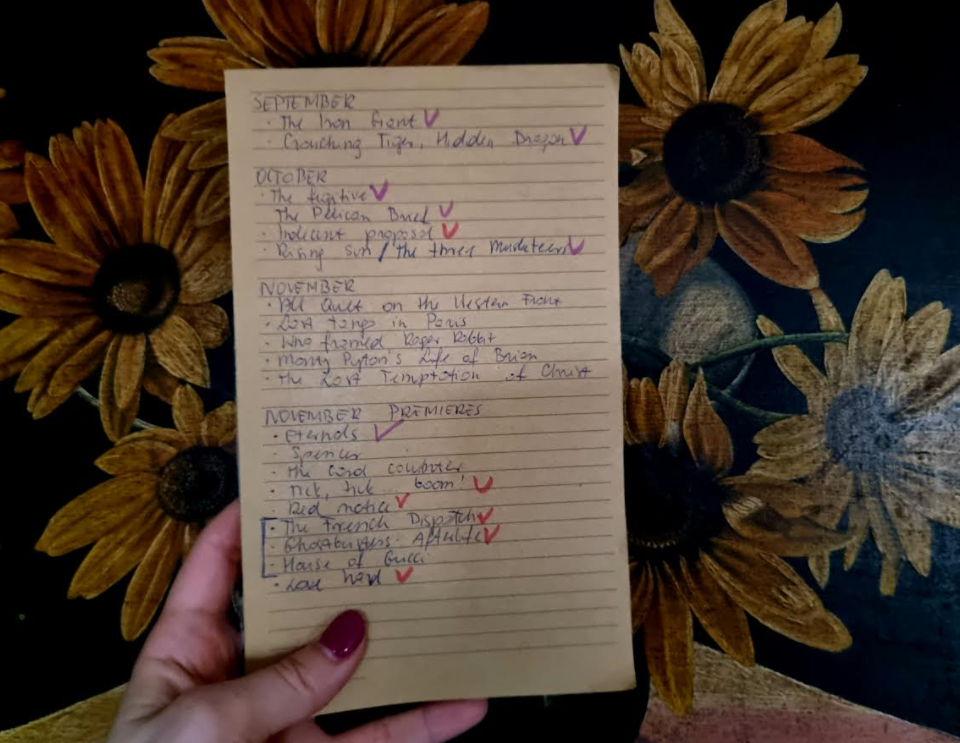 Back after a very long and totally unexpected break, I am here to talk about movies we watched in the summer – July and August. Seems like a lifetime ago, no? But we have November already, almost the end of year. So, if this isn’t the best time to go back in time and feel that summer breeze, then I don’t know when it is.

A word of explanation why it took me so long to get back on the right track. And to be completely fair, I was playing catch up with summer movies in the fall… Just last week I finished watching films from October. Summer for me was a time of finalizing things for my apartment. Buying doors, paying up the crew, making sure that the stairs guys will come at the right time.

Then it was my vacation time and right after, I was moving to Vandalore. A lot of things happened in between too. Work, life, ups, downs. Anemia back, colds here and there… Tons of new movies that deserved a review, too! 😉 But! Now we are going to be fully back with the Movie Journal. And new things will come in December – just in time to get you into the Christmas spirit.

Other than that, the rules are quite similar

JULY – Movies that… kept us alive during lock-down

It was a concept given to me by Patrycja way back in 2020. I was then collecting your ideas for the future and this one got my eye immediately. Right now, we are not technically in a lock-down situation, but the Covid cases are rising, and that is never a good thing. To be honest, it is making me feel very anxious.

And you know what? I am really happy I discovered Studio Ghibli films. Biggest pop cultural surprise of 2021 for me. Their movies are really something that could pull me out of this limbo. Even though they are really deep and meaningful.

Movie premieres for me? Only two, but pretty powerful. First of all, Black Widow – good story but kind of late. Which is truly sad, but also painting a bright future for another Black Widow – Yelena. And of course, the most wonderful thing that happened in July for me – DUNE EVNET!!!!

Here is what the gang watched in July:

SURPRISE OF THE MONTH: Princess Mononoke (1997) – that movie made a huge impression on me, Christ! Really important when we think about environmental issues. But the animation itself? Top shelf. My first Ghibli film and definitely not the last. I was expecting good stuff, but damn! That exceeded my expectations.

“MEMORY LANE” OF THE MONTH: La La Land (2016) – this film proved that making a tough decision such as coming up with a NEW idea for a musical can turn out amazing. And it is a significant film about the importance of dreams. And that being in a relationship is not always about compromising. It’s also about letting go so the both of you can grow.

BEST MOVIE OF THE MONTH: The Darjeeling Limited (2007) – it took me some time to actually gain the courage to watch it. It wasn’t very scary but most definitely thrilling. Story about parental love, the unconditional one told in a very unique way. Loved it!

I was so tempted to watch The Lion King all over again, but to be honest? So much was going on, I didn’t think I could handle the emotions. And since I was still at my parents’ house back in August while there was Pocahontas 2 on TV… Things escalated quickly. I chose some unexpected films. Not really kids-friendly, to be exact.

Didn’t get a chance to watch many series in August, but hey. Priorities!!!

Here is everything we watched in August:

SURPRISE OF THE MONTH: Spectre (2015) – Obviously 2015 was not my childhood. But James Bond is! And I will never forget watching older movies with Connery or Brosnan with my dad. And to be honest, watching movies with my dad is one of the best memories from my childhood.

DISAPPOINTMENT OF THE MONTH: Pocahontas 2 (1998) – technically not a disappointment, since I was #TeamRolfe but… Classics like this one did not require a sequel. I enjoyed it, as it tackles few stereotypes but… My heart beats for the first part.

HIGHEST SCORE OF THE MONTH: The Godfather (1972) – Again, not really a childhood movie, but… I will never forget the impression this movie made on me when I saw some bits and pieces, back when I was 13. Super influential.

BEST MOVIES OF THE MONTH: Space Jam (1996) – come on. COME ON! Of course, it is the best movie I watched in August. I remember watching it on TV and begging my parents to record it for me on VHS. The tape is still here with me – but the recorder is not working, so. Thank you, Netflix!

I will not make any promises as to when I will talk about films we watched in September or November, but I assume it will be sooner rather than later. For what it’s worth – I liked the feeling of watching 6 movies in one day. And! These months in cinema are on fire. Literally, so many great movies.

As for the thing I planned for you for December… Let me just say it is going to be full of fluff and love and the cheer we all might use just about now. But more information will come on December 1st. Thank you in advance to my elf – CupcakeThief! <3

Remember, that you can join TPC Movie Challenge (Journal) at any point – just go here and download the journal file, make sure you follow the rules (I accept bending them, though) and send it to me as soon as you finish each month.

One thought on “Back at it – part 3 of Movie Journal”