The most personal is the most creative 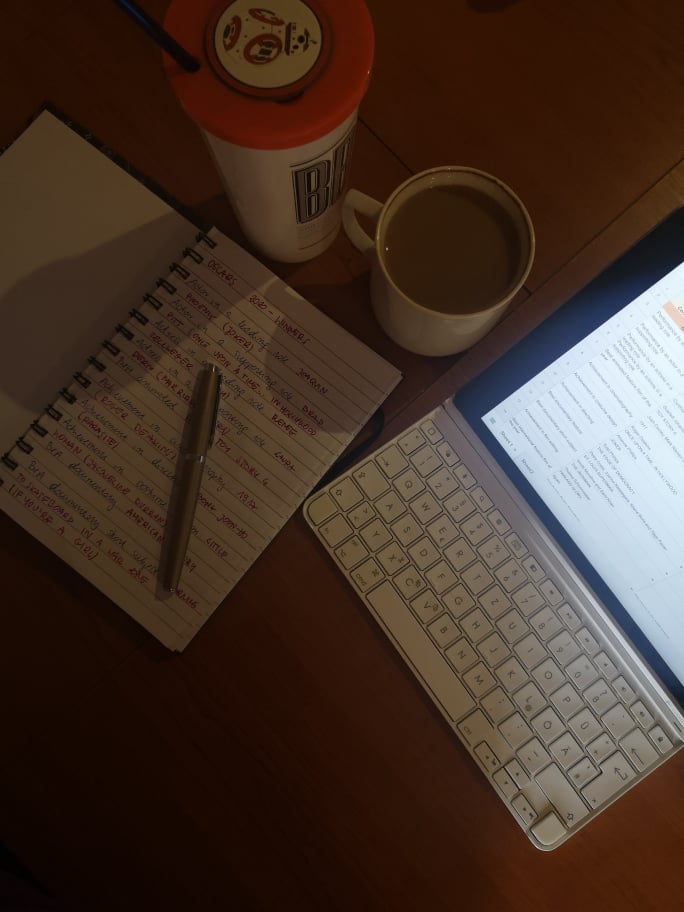 92nd Academy Awards are now a history. Week after this night full of surprises, it’s time to sum up your votes and reflect on what the results actually mean for movie industry and its future. Will we finally witness the big breakthrough for international productions? Are the Awards finally back on the “movie” track, with no regards for politics, race, sex? Will The most personal is the most creative deliver new “generation” of movies so true, touching and fragile; creators not afraid to be bold and show the unexpected, talk loudly about most pressing issues?

In the Oscar Predictions Contest I asked you to share your types and thoughts about this year’s nominations. I did this challenge last year for my Movie Club at work and it was a big success! So, it was clear to me that we have to do it again 😊 When I was creating the template in Excel I thought: Man, this is going to be so hard! All those good movies, great performances, talented creators… Wow. It was a really hard choice and I think that Kinga summed it up in the best way, leaving “Best motion picture of the year” category blank, with a comment: I’m not able to choose. Before we move forward, let’s take a look at who won:

Full of surprises, am I right? And that’s how it’s supposed to be! Finally, the judges in the Academy focused (mostly) on movies and not politics. This year it was not about balancing “black and white” nominees – sure, we could point out that some nominations were missing, like for Lupita Nyong’o for her performance in Us or (my personal heartache) Rocketman with only one nomination for Best song… Diego with no nomination in “Best documentary feature”. But that could only mean that there are sooooooooo many good movies, that it’s so hard to choose from. And that’s okay!

But of course, out of 20 acting nominees, 19 were white. Imagine me, doing a very long sigh. I really don’t know what to say here – diversity and inclusion are extremely important. But last year, when Black Panther won 3 awards – for “Best Original Score”, “Best Costume Design” and “Best Production Design” a lot of people said that those prizes were not deserved and that Black Panther win was strictly “politically correct”.

It’s a tough one. But even if we don’t like the results, someone voted for them. We can disagree all we want, but overall – let’s just respect and talk about it. Politely!

Hope is a dangerous thing.

I rooted for 1917 with all my heart but sadly, it turned out to be the greatest loser of this year’s Academy Awards. Mendes’ movie was appointed as sure win for “Best motion picture of the year”. I mentioned it in my review. Let’s face it: it is a “perfect” Oscar movie, but won “only” four Awards: Cinematography, Sound mixing and Visual effects (Congrats to Anna, who got the hattrick 😊).

So, what went wrong? I’d say that not much – just the competition was really, really tough. Maybe we should not consider this as a lose, then. Just being among other, strong nominees is a great distinction. But let’s face it – appreciations is important. Artists, creators, writers – we all do what we do for ourselves. From time to time though, some appreciation is nice. Awards, praise, comment – everything counts. We’re humans 😊

I used to think that my life was a tragedy. But now I realize, it’s a comedy.

I gotta admit, I was afraid that Joker will be omitted by the Academy. It’s controversial, it’s bold and shameless. It’s different and not in a way, that we expect. Joker is the kind of movie, that you want to watch again, but you know that it will break you. But Joaquin Phoenix’s performance was phenomenal – he swept almost all of the awards and Oscar was just a cherry on top. 13 out of 15 people voted for him in “Performance by an actor in a leading role”. And that’s one of two categories that all of us agreed on 😊 His speech was one of the best bits of the gala, if you are interested, check it out here. What’s very interesting – only one person voted for Joker’s soundtrack by Hildur Guðnadóttir. Ahh, I was torn between Joker and 1917 so my vote went for the second one, but I’m so glad that Hildur won. She is so incredibly talented! So young, so brave. Out of 9 nominations throughout entire award seasons, she took home 8!!! Spectacular success for a score so touching and terrifying… This piece – goosebumps.

It’s a shame that Joker crew didn’t get award for “Achievement in makeup and hairstyling” and that’s one of the things I could argue about, I mean Bombshell? REALLY? Come on…

Wow, does Seoul University have a major in document forgery? Ki-jeong would be top of her class.

Parasite. Absolute, heartwarming winner of this year’s gala. 6 nominations, including “Best international feature film of the year”, “Achievement in directing” and “Best motion picture of the year”. Out of 6, Parasite won 4. Spectacular, daring success! It was historical win – for the first time in 92 editions, non-English language movie got the big prize – the best film of the year. Only one person out of 15 predicted it – KUDOS ROMAN! 😊 12 people voted for Parasite in the International movie category, which for me was a pragmatical choice – my heart beats for polish Corpus Christi 😉.

This is important win – a game changer for international movie industry. Are people finally opening up for unobvious? Hopefully we will see.

And the Oscar goes to…

Renee Zellweger winning “Performance by an actress in a leading role” for Judy and Brad Pitt winning “Performance by an actor in a leading role” for Once upon a time… in Hollywood were in my opinion good choices and most of you agreed: 11 of you voted for Brad and 6 for Renee. Debatable win for me is Toy Story 4 in “Best animated feature film of the year” but competition was really rough. (I’m Gonna) Love Me Again from Rocketman winning “Achievement in music written for motion pictures (Original song)” was a bitter-sweet consolation prize for Elton and Bernie. Also, do you remember year 1995? 67th Academy Awards, Elton John with three nominations from THE LION KING – Can you feel the love tonight (winner), Hakuna Matata and Circle of life. Ahh, what a time <3

What brought enormous amount of joy was Oscar for Taika Waititi for Jojo Rabbit in “Adapted screenplay” category. This film was wonderful in every aspect – from the music, Sam Rockwell and Scarlett Johansson in the “background, to adorable Roman Griffin Davis (and all of his interactions with Archie Yates) and Taika Waititi playing Hitler. It’s the story told from perspective of 10 year old boy, mixed up in the Nazi propaganda, put to test when he discovers that his mother is helping young Jew. Classic Taika. This scene is one of the best moments!

Well, we’ve had a great time not hosting tonight.

Just like last year, there was no host-host, but the organizers managed and I think that it’s a fun idea – it’s a nice twist, a fresh breath and a good way to avoid scandalous monologues. After all, his performance was broadly commented by literally everyone. Check out all the bits here. But sometimes I miss the traditional way – when Ellen DeGeners hosted 86th Academy Award she gathered crème de la crème of Hollywood for iconic selfie.

For me, 92nd Academy Award were… Good. Maybe the best in few years now. Sure, my heart would choose different winners but from time to time, I have to admit to objectivity. I’m glad that we’re redirecting our focus back to the movies. Not politics. Movie awards should be about movies, but let’s be real – it’s a perfect world we’re talking about. Maybe one day… 😉

P.S.
Check out Contest results, file is on the Drive! 🙂

3 thoughts on “The most personal is the most creative”