That is the tea, Darling! 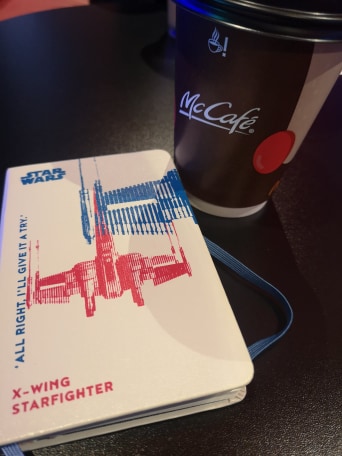 You know that feeling, when you tell someone a story and want to end it with a bang, but the story is so good that it actually doesn’t need some witty maneuver and you go: that’s the tea, sis? Yeah, me neither. Haha, somehow I just love that phrase, but don’t have a lot of opportunities to use it. Last night I had the pleasure to watch Guy Ritchie’s new movie, The Gentlemen, and the only thing missing at certain point, was Hugh Grant saying AND THAT IS THE TEA, DARLING.

Play a game with me, Ray!

I should start with noting the fact, that Guy Ritchie is one of my favorite director/writer. My first Ritchie movie was Sherlock Holmes with Robert Downey Jr. and Jude Law from 2009. I absolutely loved it, the unconventional story-telling presented in this film was so refreshing. Haha, now that I think about it – Sherlock Holmes: A game of Shadows followed three years after. I got cinema voucher for Christmas, from my friend Szymon (you remember him, right? He introduced me to soundtracks!). We went through a funny phase of watching every movie on a premiere night. Don’t get me wrong – I still do that with some films, but every once in a while, I’m trying to avoid crowds. Anyway – Friday came and I got super sick – running nose, fever, coughing and all that jazz. But there was no other option – we were going to see to movie. And Szymon, being the best friend he is, prepared me a whole thermos of hot tea with lemon. Frankly, I didn’t remember much from the movie, but the memory of this night will stay with me forever.

I love playing games with Ritchie. His movies – Sherlocks, The Man from U.N.C.L.E., King Arthur: Legend of the Sword or Aladdin are just that: carefully crafted and tailored games. And it’s not matter of choice to play – from the very first second, you simply want to.

I’ll have a pint and a pickled egg.

Movie tells story of American-born MJ baron, who had a reputation and on that (in)fame built his empire. But it’s not him telling the story, oh no. He’s the hero of his ow story, drafted by Fletcher. Neurotic but brilliant private investigator. He decides to take a chance of the Boss paying him up 20 million dollars for all his findings, and those are pretty impressive. I got caught actually, I really thought that Fletcher is one step ahead of Mickey Pearson. But it was all part of the double-layered play.

The Gentleman it’s a conversation between Fletcher – the cunning, old fox who’s trying to outsmart three parties at once; and Raymond Smith – Mickey’s right hand, devilishly handsome and just as smart and witty. Did I mention good looking? In that tweed vest and glasses? Oh boy, I was in trouble, haha! Okay, get a grip – let’s concentrate on the movie, the plot.

There once was young and foolish dragon, who came to ask a wise and cunning lion about acquiring his territory.

Mickey Pearson (Matthew McConaughey) is the bush king in the Great Britain. And he has everything – from being born in poverty, the shady past filled with blood and violence, an empire built from scratch – perfectly oiled machinery, technology and stuff taking care of supreme product, to having weapon of a wife – iconic, classy and powerful woman. Of course, he also has trusted associate – Ray (Charlie Hunnam), who can get everything done.

And he wants to sell his prospering business and retire. That’s kind of news that makes your eyebrow rise, right? Why would he? It’s a lucrative business (sad but true) and it’s not like people caught him red-handed. But sometimes it’s better to let go, before you’re too consumed.

So, he finds a buyer – an enigmatic American multimillionaire, who wants to take over the entire cake for a cosmic price of 400 million dollars. So, how does this cake looks like?

In the jungle, the only way a lion survives, not by acting like a king, by being a king.

How do you grow supreme bush, without people knowing? Without authorities sniffing around, being suspicious? Mickey figured it out. He decided to become a guardian angel for young aristocratic landlords, who need cash for the upkeep of their stately homes, inherited along with tons of debts. No questions asked. So he helps them keep their mansions and grow cannabis underneath. And in every single down-under lab in each estate, he has the best stuff, technology and system. All the best for his customers. That’s for what Matthew Berger (Jeremy Strong) is paying for. And once the marihuana business is legalized in the UK, demand will exceed supply. Meaning, the carousel will still be spinning. So, we could agree that the price of 400 million is… Well, promotional. I couldn’t shake that feeling, that Mickey is the one trying outsmart everyone, but… I will get into that in a moment.

But Matthew Berger isn’t the only one, who wants the cake. He seems like honest businessman. Unlike Dry Eye (Henry Golding) – young dragon with great ambition. Dry wants to swoop in and take over everything, on his terms. And even though he is not on his own entirely, as he is a man from Lord George bunch (heroine business), he smelled the opportunity. Word about Mickey’s retirement spread fast, and his bush-reputation definitely precedes him. Or, he just acts like it?

Dry Eye wants it all and wants it now. He has no respect to the old players and believes that  a breath of freshness is exactly what the MJ world needs. It was fun to watch how he hits a wall after wall to end in a freezer in the end.

Three players on the chessboard – one looking for a way out, one ready for opening gambit and one being reckless with all his moves. Ain’t that a perfect mixture?

It was the gravity that killed him.

The Gentlemen is British to the bones. I had no idea that I need this dose of English breakfast in my life. But this feeling comes back to me every time I watch a. Guy Ritchie movie, b. Charlie Hunnam. Right after the movie I went for a family party and the first thing I had was a cup of tea. And glass of wine, but that came after. But the fact that they – the actors and Ritchie did not hold back with Englishness. It was pouring out of the screen, making me smile throughout the entire time. The tea, the language, accent, phrases, being the Gentlemen they are, the manners… How could you not fall in love? The kindness even when they do the worst – killing, chasing, blackmailing – they do it with such class and dignity! Hats off.

I am still in awe of Hugh Grant and Colin Farrell. For me, they both broke all the stereotypes about them – Grant being romantic knight in shining armor (or alternatively romantic bad boy), in The Gentlemen gives us almost one-man show as a story teller with facts and great imagination, constantly testing Ray’s patience, pushing boundaries and being sassy and cocky; trying to get the missing puzzle pieces from Ray. And Farrell… Hmm, let me put it that way: I was never a fan of his acting, his roles, his movies. Just not my type of guy. But in this movie, he changed my mind! His role of Coach was brilliant. Making amends for his “kids” who robbed one of Mickey’s estate, by helping out Raymond (and saving his life) in a “non-gangster” way doing “gangster” things, what a great creation!

Ritchie wrote a great story tailored for those actors only. I don’t see anyone else who could play eccentric and enigmatic Matthew Berger than Jeremy Strong. But I mentioned that Mickey Pearson could be fooling us, right?

Matthew McConaughey created strong and ruthless but kind character. He keeps his words and expects that you will keep yours. In the end, he is the one knowing everything and calling all the shots. He uses Fletcher and his knowledge to his advantage. Without Fletcher knowing, of course. He lets you think that you’re in control. But… “If you wish to be the king of the jungle, it’s not enough to act like a king. You must be the king. There can be no doubt. Because doubt causes chaos and one’s own demise. My queen told me that.”

In the jungle, the only way a lion survives, not by acting like a king, by being a king.

Ritchie’s signature sense of humor, the Britishness, great and engaging story, wonderful cast and very nice soundtrack is a perfect mix that just can’t go wrong. I was a little afraid that this movie won’t live up to my expectations, but it was so fun to watch! I needed this so much – the next two weeks will be very stressful for me, lots of personal decisions I have to make. My head is overfilled with doubts, insecurities, fears and expectations and for two hours I could just turn all of this off.

I want more, Guy! Maybe a think about a sequel? 😉

« The most personal is the most creative
Somewhere only we know »

I’ll take my chances on the curb here with you 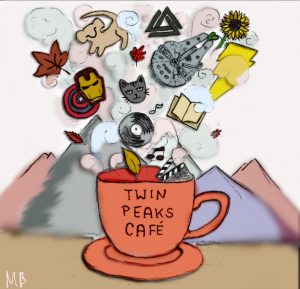 We watched the planes leave us behind…