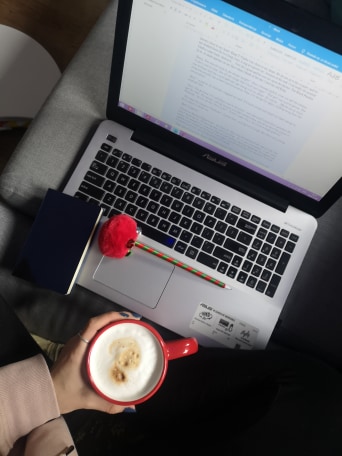 As promised, here I am with delivery of freshly baked 2020 Movie Challenge Summary #1! I am a bit late, as my original idea was to publish the analysis every two months and it’s late March but hey. I had to write Onward movie review! But better late than never, right? We have three strong competitors, though it’s not exactly a competition… I like the sound of those words, though. Creating this challenge was super-fun for me and I hope that you, as “the other side” of it, enjoy it as much as I do.

How does it work, again?

On New Year’s Eve (which I spent with my buddy Marta making delicious food, drinking lots of tea and Prosecco at midnight AND watching The Mandalorian all over again, because why the heck not) I came up with this idea, to watch one movie a week. Main goal was to watch new movie a week, not re-watch something I know and love. To be clear, there is absolutely nothing wrong with that, especially these days – when anxiety kicks in more often than ever, we’re lonely and frustrated. Watching something we know well is comforting – you know what to expect. But it’s great to experience something new and fresh, it’s wonderful to discover new genre of cinema.

To answer frequently asked question – how exactly dose this challenge work, let me remind you the rules:

We started of the year with iconic movies of the 70s. My parent’s childhood, prime time of shockingly well-tailored stories. While watching my movies I noticed that main focus is concentrated on the engaging plot and interesting cast. Visual effects were more than decent, which was a nice surprise. Here is how this month looked like for me, Marta and Gavin:

It’s great to see that we didn’t pick the same movies – with small exception of A clockwork orange and 1917. The biggest challenge was writing 5-words-reviews, at least for me! Marta made a cheat-sheet though and included her additional comments next to the main columns – thank you! It was nice to read your thoughts.

SURPRISE OF THE MONTH: Watership Down – let me tell you lot, I read the book by Richard Adams and was absolutely thrilled! I’m rediscovering my love for Si-Fi and it’s safe to say that this book is a classic fiction – tells the story of rabbits looking for a new home. Lots of adventures, dangerous plot twists and a happy ending. There is a movie, an animated TV-series and Netflix adaptation (which is still safe in my watchlist). I would never classify this as a “kid’s movie” – it is quite violent story, even though it ends well (for some).

DISSAPOINTMENT OF THE MONTH: Cats – but I’m sure you all know that. What the actual heck. On the scale from 1 to 10,  that was -5. The only good thing, or should I say the only bearable thing was Memory performance by Jennifer Hudson. Apparently, there is one way to “enjoy” this movie – check out Seth Rogen’s high experience on his Twitter – scroll down to the March 18th.

HIGHEST SCORE OF THE MONTH: Apocalypse Now – director’s cut. I watched the cinema version few years back and this challenge gave me opportunity to watch the full version. And let me tell you – this was the best movie in January! Great plot with amazing performances of Martin Sheen, Robert Duvall and, all heil to the king, Marlon Brando!

BEST MOVIE OF THE MONTH: Jojo Rabbit – hands down, Taika Waititi! Wonderful story, just… So touching, so bitter-sweet. It shows how fragile child’s mind is and how important it is to shape it the right way. I warn you, it will break your heart.

Now, that was a real treat! Trip down the memory lane of my younger years. Disney movies were top-of-the-list of things to do every weekend. I still have almost all of them on VHS tapes. And, because I own the original 1994 The Lion King (with the first version of Circle of life), my parents bought me a VHS player! So, from time to time, I go to the basement to pull it out and watch some tapes. Usually I do that when I’m sick – as a kid, I used to watch a lot of tapes with Moomins that my mum recorded for me.

Last summer I decided to watch Disney movies in English – you must now that polish dubbing in kid’s movies (well, most of them) is superb. Really, it’s great! But I always wanted to know how would they sound in original versions. Obviously, I watched The Lion King in English before, but for the rest of them, it was wonderful experience. Especially, when it comes to the songs.

In my opinion, this was the sweetest and easiest months in this challenge – but when Gavin sent me his file, he mentioned that it was the hardest! Haha, I can imagine, buddy! 😉 But I’m glad you went through it, like a champ!

SIDE NOTE: my “Acting” scores are empty, because there was no acting. Technicality!

SURPRISE OF THE MONTH: 101 Dalmatians – aww, lot! This used to be one of my favorites movies of all time! I couldn’t remember when was the last time I watched it, though. Warmed my heart to the core.

DISSAPOINTMENT OF THE MONTH: Birds of Prey – sadly, the anti-heroines emancipation was shaded by genius creation of Roman Sionis, played by Ewan McGregor. I never liked Margot Robbie, but she was okay. Music was alright, but overall purpose and message… Nah, didn’t get through to me.

HIGHEST SCORE OF THE MONTH: The Lion King – shocker, right? Come on, lot. You know me! This is absolutely the best Disney movie ever made! The story, the music (which got 10 on scale from 1 to 5), the meaning and mark it leaves on your heart… I should probably write a piece about it.

BEST MOVIE OF THE MONTH: The Gentleman – what a great story! You can read the review here. British to the bone, you could practically smell the tea, coming from the screen. Great story, that will keep you fully engaged till the very end. Must-watch!

Sometime in May, I will come back with part two of this summary, yay! For March we have War movies and let me give you a little hint: think of a war as a concept. For April – Superhero movies (as a birthday gift for Marta <3); hint: There are different kind of superheroes.

You can still join the challenge – just download the form, watch one movie a week, write 5-words-review and send the file back to me! 😊 I really think this is a good idea, especially now, with self-quarantine and “#staytheduckhome” action.