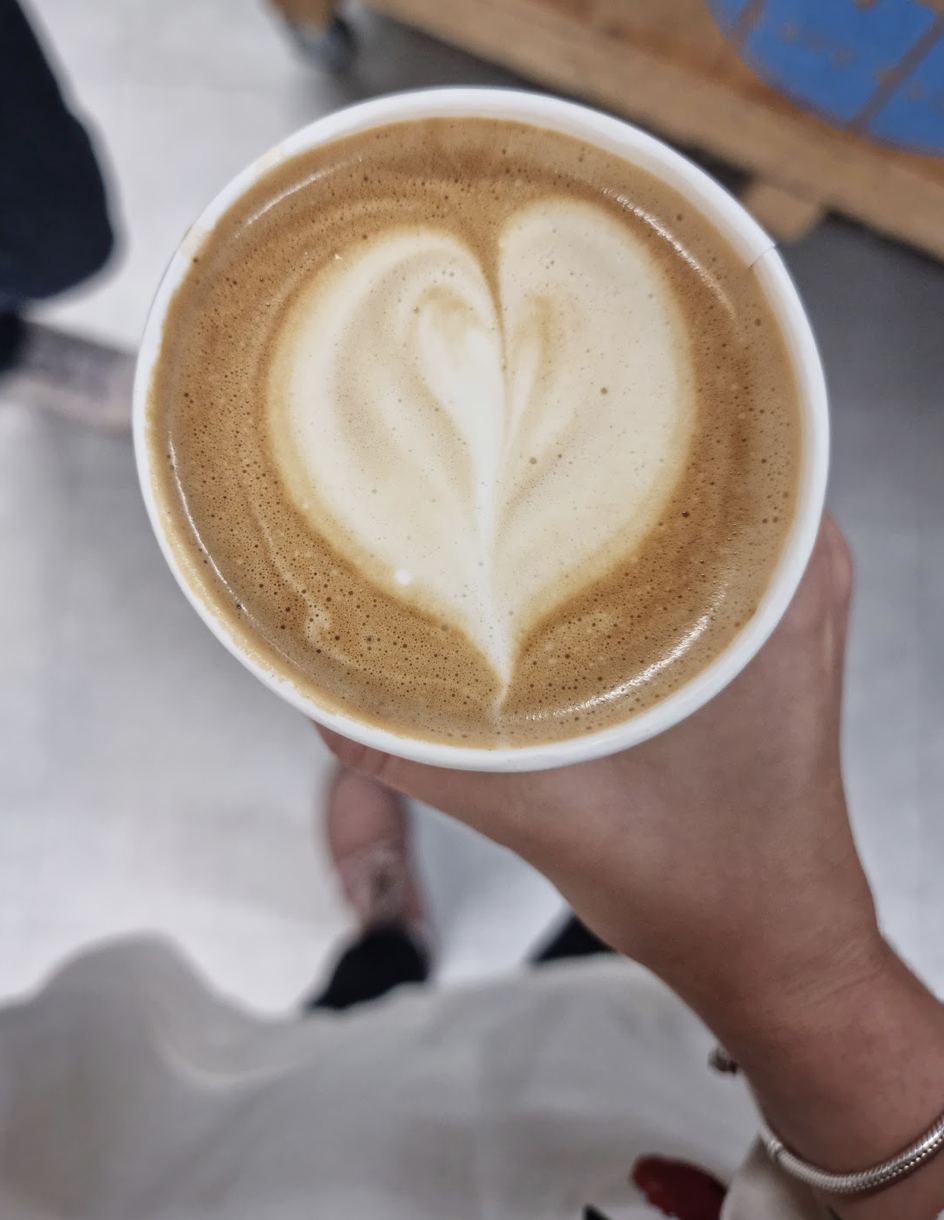 Final one, can you believe it? Okay, I know I had zero consistency with posting it every two months, but hey – ultimately, we are here and we have walked this path together. And I couldn’t be prouder! Yet another year of movies is behind us. Welcome to the final summary of 2022 Movie Journal.

Not much – the file is still divided into 12 months and your job is to watch one film a week. I think that the concepts (themes) are pretty challenging – but in a good way. It is supposed to be a fun challenge, right? Each year I try to make it even more personal.

So, the idea for this year was to give you Lot the liberty of choosing your own concept. That happened in January and July. Other than that, this year there are no other additional tasks.

You can also get yourself to the movie theater or your home couch and score a “premiere”. As always – it can be an official premiere or… Something absolutely new to you. Rules of Movie Journal are meant to be broken.

September – Movies that… are non-Marvel or DC, but about superheroes

For a few years now we keep hearing only about Marvel or DC, as if these two were final – and speaking of final, DC as we know it… Is gone, scraped. I was kind of okay with the thought of James Gunn co-running the show, but when I read the “news”… Well, where is my popcorn?

Anyway, I was very proud of this one. I do like expanding horizons, you know? And I am happy to report that September was one of my favorites this year! In the premiere corner there were two “shorts” from Star Wars – how did they resurrect Kenobi and first look for Andor.

As for the TV shows, I finally watched Over the Garden wall and I have one question: WHY THE HELL IT TOOK ME SO LONG?! Thank you, Paula & Oskar. It was the best thing ever. And for sure a new autumn tradition in this household.

Take a look at all the movies we watched in September:

“BRAVEST” MOVIE OF THE MONTH: Onward (2020) – ah, always brings tears to my eyes, given it is about siblings and their way of discovering (or maybe rediscovering) their love for each other. Probably one of the best of its kind. Read my full review here.

“MEMORY LANE” OF THE MONTH: A Beautiful Mind (2001) – I sometimes lack words when “talking” about a movie, but that is only because I believe that people who have seen it feel the same way. This is the case with this movie.

HIGHEST SCORE OF THE MONTH: Obi-Wan Kenobi: The return of the Jedi (2022) / Andor – first look (2022) – come on, Lot – it’s Star Wars! But objectively speaking, it was both a stroll down the memory lane (seeing Ewan and Hayden watching their characters on that gigantic screen was very touching) and a glimpse in the future (I had chills for the entire 15 minutes of the material).

BEST MOVIE OF THE MONTH: Sonic The Hedgehog (2020) – Well, first of all – it is currently my godson’s favorite. Second of all… It’s actually not half bad, I enjoyed it and I didn’t even mind the tragic CGI. As long as I am watching it with the right company.

October – Movies filmed… in your country (or maybe even hometown?)

At last, a very interesting category! It was good to see different titles. I obviously did some catching up in November to make up for the timeless days in October, but hey – I was able to deliver for the final, right?

Probably one of the things you did not know is that Inland Empire was partially filmed in Poland! David Lynch, baby. The premier corner was really intriguing for me – Don’t Worry Darling, which was really… Concerning, and to a contrast, very good but critically not acclaimed Amsterdam.

With TV shows, the biggest one was for sure The Rings of Power. My final verdict is: AMAZING and I want more. I was honestly surprised to hear so much hate towards it. Well, I guess we can agree to disagree.

Look what we watched in October:

“SURPRISE” OF THE MONTH: Loving Vincent (2017) – Surprise because I am constantly amazed at the work and effort put into making this Oscar-nominated animation. Featuring the life of my favorite painter. What more do I need?

DISAPPOINTMENT OF THE MONTH: Don’t worry Darling (2022) – Florence Pugh and Chris Pine (in all 7 minutes of his screen time) did what they could, but the movie was still a dumpster fire in a trainwreck. Full review here.

BEST MOVIE OF THE MONTH: Amsterdam (2022) – And that is my final decision. Maybe not exactly in line with the concept, but for me it was the most entertaining film of the month. Plus, Christian freaking Bale.

HIGHEST SCORE OF THE MONTH: You are God (2012), filmed in Poland – Oh, I will never forget watching this movie for the first time back in the cinema. The silence at the end of the screening, where creators decided to show the lead singer’s journal entry was… Heartbreaking. Still is.

November – Movies with… awards for cinematography

Definitely the most “beautiful” month and for me it was an opportunity to catch up with some never-seen classics. Plus a great chance to revisit my favorite classics. So, yes – the old me is still here. But hey, it’s the final moment, it’s all about comfort, right?

There was one premiere very important to me – Moonage Daydream. The polish premier was set for November 25th – the day I was flying out to Thailand. But then… The American Film Festival came to the rescue! Not the first time – had a similar opportunity with Knives Out.

For the TV shows… Andor broke my heart and I will cherish this series for a long, long time. The slow burn, the anxious droid (which I believe will become my spirit droid forever), Diego Luna delivering a spectacular, tear-jerking performance. A must-watch.

Take a look at all the movies we watched in November:

MOST BEAUTIFUL MOVIE OF THE MONTH: Dune (2021) – the aesthetics of this movie are unreal – this truly is a book transferred to the big screen. You can read more here.

“MEMORY LANE” OF THE MONTH: Inception (2010) – no questions about it – it is a sentimental movie for me, for a lot of reasons. First, it’s Nolan, second it features Zimmer’s soundtrack. Third, it took me 4 times to fully and completely understand it.

HIGHEST SCORE OF THE MONTH: Blade Runner 2049 (2017) – the visuals are stunning and can almost make up for the performance of Ryan Gosling, which for me was not enjoyable. But considering a lot of factors – pretty good follow up.

BEST MOVIE OF THE MONTH: Moonage Daydream (2022) – David Bowie fell to Earth one more time to bless us with his talent. I was moved but did not cry. Or maybe I did, but it was with tears of joy. Beautiful love letter to one of the greatest artists of all time.

Not gonna lie – the final month was very intriguing to me. But let’s be real, I took this opportunity to say goodbye to 2022 with a few of my childhood’s favorites. And you know when I realized that? When I was choosing the movies. At first I was like… Okay, so robots. What else?

Well, no new movies this month, but I managed to squeeze in 2 series and one documentary. Jack Ryan did not disappoint, damn! That show keeps me on the edge till the final minutes.

Look what we watched in December:

“SURPRISE” OF THE MONTH: Robin Hood (1973) – I can’t remember the last time I watched it, maybe this is why it always comes to me as a surprise. One of two best Robin Hoods of ALL TIME. There, I’v said it.

“MEMORY LANE” OF THE MONTH: Star Wars: A New Hope (1977) – come on, Lot. You really thought I would NOT watch it? In the final month of the Movie Journal? Awww, you are so sweet. Besides, I decided that I will affiliate and identify and anxious droids and R2 is right up there.

BEST MOVIE OF THE MONTH: Wall-E (2008) – This movie should be watched by both kids in elementary school (to learn the right values) and adults at whatever point of time (to make sure they remember what is important in life). And again, I fall into the category of “anxious robot/droid”.

HIGHEST SCORE OF THE MONTH: Toy Story (1995) – revolutionary when it comes to animating, for sure. A game-changer. Not my “all-time” favorite, but it brings me back to the happy times in my overall happy childhood.

We are officially two days away from 2023, and I have prepared a new Movie Journal for you, Lot! <3 It brings me so much pleasure and my dream is to have it as a hardcopy one day. But who knows, life works in a mysterious way.

Thank you for being a part of this. I know that there are many of you out there using this journal to change your movie-habits but keeping it personal – for that you have my deepest respect. All that matters is that deep down, it is helping you, just as it is helping me.

Here is the link to 2023 Movie Journal. As usual, the technology is beyond me, so if you encounter any issues with downloading the form, please let me know.