Hunt for the Easter eggs 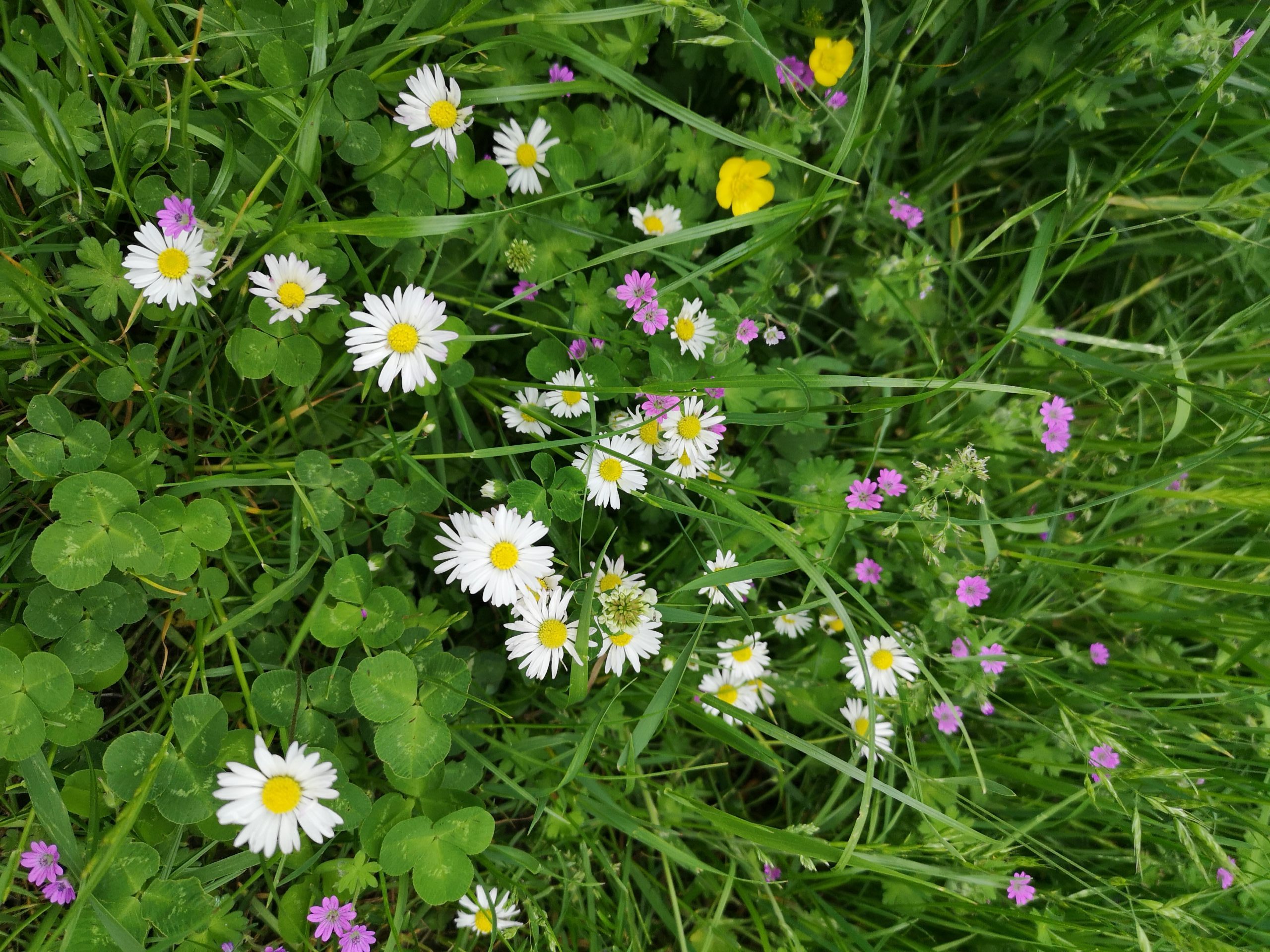 Hunt, quest or beating movie bushes – it doesn’t matter how we call this international tradition, cultivated by film lovers across the Galaxy. You Lot know that I like to watch movies more than once, right? Well, there are certain categories for me to do the re-runs. One of them, is the hunt for Easter eggs.

Another Easter in pandemic reality and I’ve been doing some thinking. I also fell for the trap I kept repeating myself – new normal. That means we are accepting current situation and we should not. We must go for a hunt to get our lives back! We must… He must, oh God that gave me a huge Nolan vibe, have I told you about my favorite teaser ever?

Anyway. We really live in the strangest of times, where face masks are not only a fashion statement, but a necessity. Distance is no longer caused by being on two different continents, but it is how we can see each other. Sanitizing hands is no longer duty of doctors, but it is our daily task as well. Pandemic will change us forever – in many ways.

Since the times are darker and I am in full time curious mood, I decided to write a follow up to my Easter egg post from last year. What are you favorite Easter eggs?

1. Twin Pines Mall but really… Lone Pine Mall in Back to the future

Now, we all know that time travel has rules that cannot be broken – under no circumstances! Doc cautious Marty: don’t change anything. And well, he tried. But his reckless driving cost him something in the future. This might not seem like much, true. But come on!

Because he hit a pine when he went back to 1955 and name of the mall he hangs out in, change its name.

I don’t like Zack Snyder’s visions and how he puts them in his films, but hey. That is one woman’s opinion. I have to give him one thing – he tried to sneak in the multiverse earlier. His idea for cameo was to have Nite Owl punch a guy, who suspiciously resembles Joe Chill. Right in the opening credits. Name “Joe Chill” sounds familiar? Yes, it is the same man who murdered Bruce Wayne’s parents and set him on the path to becoming Batman. Speaking of Mr. and Mrs. Wayne – they can be seen off to the side right next to a sign that says Gotham.

3. The real Frank Abagnale in Catch me if you can

Irony making a full circle – one of the best things in every Easter egg hunt! Frank defrauded the government out of millions of dollars! In the film, he was portrayed by Leonardo DiCaprio and frankly? I don’t like him in these kinds of roles.

Frank is arrested one of the officers is the real Frank Abagnale – talking about epic cameos!

Gloomy omen of death and a homage to original version of Scarface (1932). Martin Scorsese put “X” to foreshadow a character’s death. As Cracked notes, the only major character to survive is also the only one to not have any “X” sign. That is sergeant Dignam (Mark Wahlberg) who often appears with straight lines behind him.

5. And speaking of death… Oranges in The Godfather trilogy

Francis Ford Coppola uses oranges to show that a character is going to die soon. Whether it’s fun a fruit bowl or simply a peel in a cocktail, a character holding an orange won’t be around much longer.

I think this is a signature move for acclaimed directors. They act as masters of imagery and foreshadowing. Once you know what to look for… The entire movie-watching experience is changed, giving you a whole new level of excitement.

6. Tron and our favorite game ever

Disney now owns the rights to this story, but in the original version, for a minute we can spot Pacman on the display! I was so excited to see it. I first watched Tron as a kid and this might have been the first Easter egg spotted by me, like ever.

Sure, there is also King Kong there, and since it’s Disney’s – hidden Mickey Mouse appearance, but let’s just focus on the good stuff.

Now, this was such a treat! When I first saw CA: TWS in the cinema, I knew that this inscription on Fury’s grave sounded familiar. But I shook this thought off, blaming my overthinking nature. How wrong I was! Well, technically not wrong for having a bell ringing for that quote, but for dismissing this clue!

At the end of the movie when Nick Fury stands in front of his grave, the tombstone has a quote, from Ezekiel 25:17 – The path of the righteous man… This is the same bible verse that Jules quotes in Pulp Fiction right before he shoots a man. It’s all connected!

8. Batman v. Superman teased in I am Legend?

This is one of my favorite Easter eggs ever, and spotting it was my most successful hunt. Was it truly a tease, wishful thinking or…? Did they know? When Will Smith’s character, Robert Neville walks through the desolated Times Square, one of the billboards catches the eye. Combined symbols of Batman and Superman? Was it an advertisement of crossover film?

It turned out to be the inside joke, by I am Legend screenwriter and producer Akiva Goldsman. He was hired to work on the script for a potential Batman/Superman crossover movie in the early 2000s. The project was shelved (sadly not rejected), and Warner Bros. went on to produce Christopher Nolan’s Dark Knight trilogy – thank the Gods!!!

9. Darth Vader from Vulcan in Back to the future

This scene cracks me up so much! The idea of combining two hit franchises Star Wars and Star Trek in another sci-fi film is mind-blowing. And such a beautiful nod to the iconic films (and show) from the days before.

My sci-fi heart is proud! For the first time ever, two enemy camps were united!

10. The mother of all Easter eggs and the hunt, The Rocky Horror Picture Show

Why, this really might be when the pop cultural term of “Easter egg hunt” originated. The movie itself is absolutely peculiar, but in a good way. While filming the movie, the cast and crew had an actual Easter egg hunt, while on set. Whoever prepared it, done it pretty damn well, because they were unable to find all of the eggs before production was due to start.

Unfortunately, this meant that some of the hidden Easter eggs were still visible on screen. But hey, that’s how the hunt started, so we don’t complain, right?

11. BONUS – incredible Interstellar theory that keeps me up at night

Nolan is a genius, and we all know that. Okay, I know that, you don’t have to. This my truth, that I will live by always and forever. Few weeks back I dived deep into science behind Interstellar and I found this wild fan theory, that I will share in a minute. Let me just say this: OF COURSE SOMEONE DID THE MATH.

Of course. I tried it with Tenet as well, but I got distracted in one moment, so I guess I have to try again, right? Anyway, here it comes:

“In Interstellar on the water planet, the soundtrack in the background has a prominent ticking noise. These ticks happen every 1.25 seconds. Each tick you hear is a whole day passing on Earth.

Thus, each tick is a whole day passing on Earth.

If you assume that each tick is exactly 1 Earth day (86,400 Earth seconds) then an hour correlates to 7.88 years on Earth. The extra .88 could be rounding errors by the crew.

And here we are at the end of our 2021 Easter egg hunt. I believe this will be one of TPC’s traditions from now on. So, Lot. What are your favorite hidden treasures? And… When was the last time you went for such hunt?

6 thoughts on “Hunt for the Easter eggs”