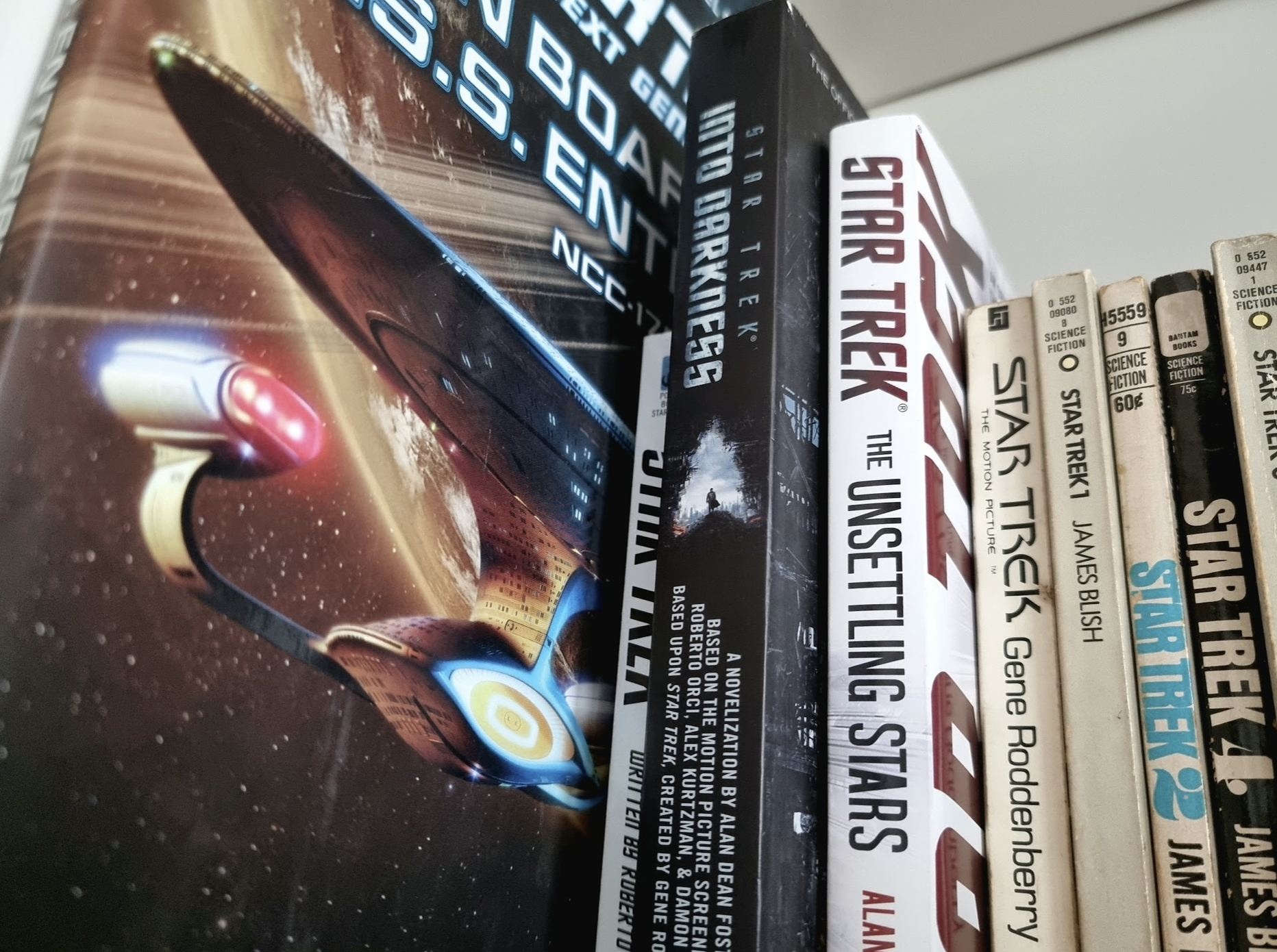 Easter is here again and it can only mean one thing – it’s time for Easter eggs hunt! This year I decided to give you a special treat: the Star Trek version! I decided to pick 8 out of… What, a million? There are so many… Nerd alert! Oh, and hey – happy Easter.

There’s no such thing as “the Unknown” – only things “temporarily hidden, temporarily not understood”.

It’s been a stressful time for me lately. Things are changing, odds are shifting and I find one constant, my morning ritual: watching Star Trek: The original series. I turn on my coffee machine, go take a shower and once I am all fresh and clean… Magic starts. Warm breakfast, hot coffee and adventures in deep space.

There is a thing about routines that calm anxious minds. Same thing with watching the same movies over and over again – going back to what is familiar to ease our overloaded minds. Two weeks ago, I told you that I am blooming even more this spring, but anxiety won’t just go away like that.

Luckily, I have a whole week off to rest, recharge and enjoy some quality time with my friends and family. I mean – on Wednesday we are going to Prague to see Hans Zimmer LIVE!!! A dream come true. How is my life even real?

It’s possible to commit no errors and still lose.

With Hans, I will have 15 more concerts this year. 15 more occasions to enjoy live music. If this isn’t the ultimate vibe called “living life”, then I don’t know what is. I am so… Happy. Calm. Content! Life is great. Tough, scary and will drag you through the mud but it’s also great.

And right now? I am embracing it fully, with my arms wide open, with a big welcoming smile. So, next week I will tell you all about this most important show of my life and what’s coming.

In the meantime, I will still enjoy my little Star Trek ritual. This vast universe is familiar, yet now fully known. There is still so much to discover! And so much to use in my upcoming project… So, here is 8 random (TRULY RANDOM, because there are TOO MANY) Easter Eggs from various ST movies and shows:

Star Trek: Picard is third on my list I think (after the original series and TNG and Deep Space Nine… okay, I am bad at math). It opens with this song by Bing Crosby and it is the same song Data sings during Riker & Troi’s wedding in ST: Nemesis. And… After tragic events that happened in that movie, B-4 was humming that tune after Picard informed him about the ultimate sacrifice.

In TNG episode “Yesterday’s promise”, the planet Archer IV is referenced. In Enterprise episode “In a mirror, Darkly, part II” Archer’s personal file indicates that he has 2 planets named after him.

And guess what? Archer was the least annoying Enterprise character ever. I gave up on that show because I don’t want to waste time for shows that don’t engage me.

Is Hamlet really Gene Roddenberry’s favorite play? With its inclusion in Discovery’s episode… This Shakespeare play was quoted or referenced in TOS, TNG, ST: IV and ST: VI.

Reboots are not half-bad. Hell, I really like them – I re-watched them just recently. J.J. Abrams decided to use his grandfather’s name when creating the new timeline and iconic ship. And as an author? I know a thing about these little shoutouts. It brings a smile to a lot of faces.

5.     The Oscar-winning screenwriter was a Vulcan!

Akiva Goldsman, best known for writing the script for A beautiful mind, has been a life-long Star Trek fan. So, given a chance to be in that universe… He took it. He played a Vulcan councilman. There was one bitter-sweet disappointment though – he could not steal the pointy ears from the set as they were… A disposable mold. Bummer!

Oh yes. This is my second (!) favorite! In Star Trek from 2009, Spock is watching the destruction of his planet from Enterprise. But… If you look close enough, on the left side of your screen, you will see a tiny R2-D2 floating around. Poor thing!

And this is my absolute favorite Easter Egg: When you eliminate the impossible, whatever remains however improbable, must be the truth. Spock said it in Voyage Home and ST (2009) and it became yet another proof that Spock might be “related” to Sherlock Holmes. Oh yes – this might be one the best conspiracy theories out there.

One more thing – both Leonard Nimoy and Benedict Cumberbatch played the brilliant detective: the former on stage in the 70s, the latter in a BBC hit show. ALSO, there is a USS Sherlock Holmes ship in TNG.

One of the most tragic, moving and heartbreaking moments in Star Trek. I was NOT prepared to witness this. This iconic line from ST: II was somewhat repeated in Discovery’s episode called “Light and shadows”, Burnham is confident that Sarek will “weigh the needs of many” when making her decision.

Logic is the beginning of wisdom, not the end.

Trust me, Lot – it’s been extremely hard for me to pick only 8. But I think the list is fair, considering that there are still so many shows for me to DISCOVER in that universe. Catching these is really amazing, no? It does not matter if you are a die-hard fan or just a regular movie watcher.

With this Star Trek edition, I am hoping to encourage you to dive into that stellar journey. It brought me so much joy! And don’t worry – even though Easter is almost over, the eggs will come more often.

And not only from ST! Marvel, Star Wars… Maybe even DC, if we are lucky. There is so much to see!