Movie trailers and their importance 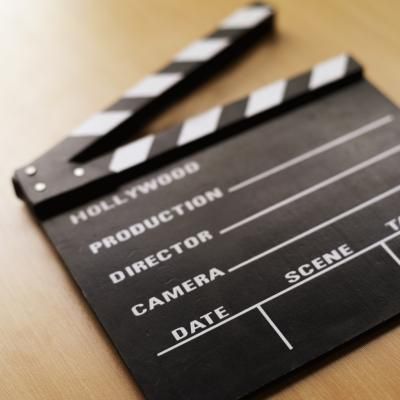 Trailers are important. Hear me out – I know everybody knows that, but I don’t think they really have the idea about its gravitas. After all, this is the first thing that gives us some kind of idea about the movie. Sure, we know the prognosis, the cast and who will direct it. But the trailer gives us the first look. And… 99% of the time, it determines whether we want to watch it or not.

Let’s start with some history. I don’t know about you, but it is oddly satisfying for me to dig into details about something. So, the very first trailer was shown in an American film theater in November 1913. Nils Granlund (the advertising manager for one of the theater chains) produced a short promotional film for the musical The Pleasure Seekers, opening on Broadway. This maneuver was deemed revolutionary.

Granlund was also the first one to introduce trailer material for an upcoming motion picture. He used a slide technique to promote an upcoming film featuring Charlie Chaplin in 1914. Due to trailers initially being shown after, or „trailing”, the feature film, the term „trailer” was used to describe the promotion; even though it came before, or „previewing”, the film it was promoting.

It wasn’t all that effective, since the audience was leaving right after the movie ended. Later, exhibitors changed their practice so that trailers were only one part of the program, which included cartoon shorts, newsreels, and serial adventure episodes.

Until the late 50s, trailers were created by NSS (National Screening Services) and they were pretty simple: few key scenes with large texts over to describe the plot briefly. Once the “New Hollywood” arrived, trailers changed. Texts were gone and quick-editing became more and more popular.

There is one name that comes into my mind when I think about trailers trend-setter – Stanley Kubrick. His montage trailers for Lolita (1962), Dr. Strangelove or: How I Learned to Stop Worrying and Love the Bomb (1964), and 2001: A Space Odyssey (1968), revolunionized the industry.

And till today, trailers became the biggest deal. Producers and executives are using them as the most powerful tool for promotion. We live in times when trailes have their own.. Trailers, which are called teasers. But with great power comes great responsibility.

Over the years, trailer-makers became bolder. With that edgy courage, as it usually is, controversy followed. Audiences all over the world, but mainly die-hard fans accused producers of misconceptions and lies. For example, movie trailers may give the impression that a celebrity who only has a minor part in the film is one of the main cast members, or advertising a film as being more action-packed than it is.

Be honest, how many times were you disappointed by the movie, but the trailer was soooo good you were sold the second you saw it? It happened more than once to me. Marvel is the king, hands down. The lies and manipulations in trailers are forgiven though, because… Well, it’s Marvel, right? Bait-and-switch, no?

There are people who are willing to fight the power – An American woman filed a lawsuit against the makers of Drive. In her opinion, ir “failed to live up to its promo’s promise”. It got dismissed. Years later, someone attempted to sue Suicide Squad for the lack of scenese with Joker. I mean… If they wanted to sue this movie for something, I can list a bunch of other reasons.

But watching movie trailers is a feast for me. It’s one of my favorite movie-going experiences. To see what is coming up or to relive some great moments. I remember that they started showing The Rise of Skywalker trailer in January and the movie came out in December. Had goosebumps every time!

But there are some trailers and teasers and all things promotional that… Have left a permanent imprint on my brain. So, this long and dull introduction leads to a list of some top trailers and moments.

What would be on your list, Lot? What movie trailers made your heart skip a beat? Let me know!