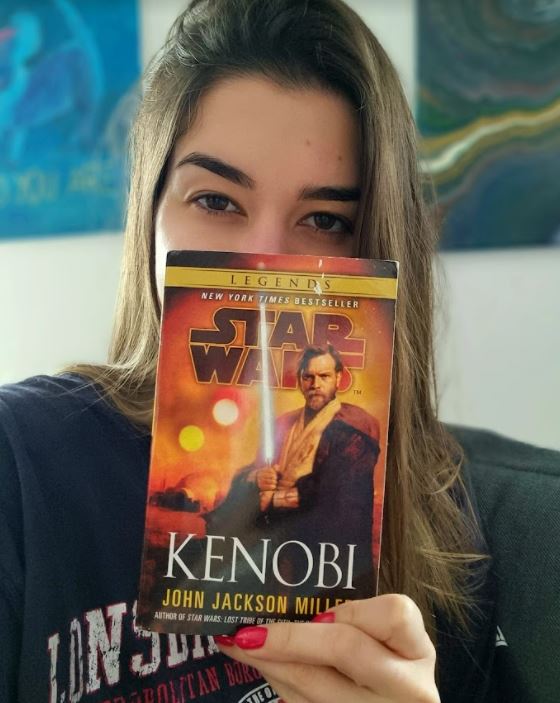 You are my only hope… Jedi Master Kenobi is one of the hottest names in the galaxy (pun intended). Especially these days! With the Kenobi series only two months away and last week brought us both pictures and trailer. It’s going to be a wonderful year for all Star Wars lovers out there, no matter what happens.

If you strike me down, I shall become more powerful than you can possibly imagine.

I am not going to lie – Obi Wan Kenobi was always my favorite character in the entire franchise. And yes, it starts with New Hope! So, years before Ewan McGregor picked up the mantle. My relationship with the prequels was complicated but now… As I am getting older, I appreciate them more.

Few weeks ago I was watching Revenge of the Sith 3 times in a row, as I was doing a jigsaw puzzle. It gave me the type of comfort I needed. And truth being said, it is one of the most emotional Star Wars movies ever made. And now, all of these emotions are coming back as a tsunami with Disney+ limited series.

But why are people so obsessed with Kenobi? It is a little different kind of love – quite similar to feelings we all had with The Book of Boba Fett, having one of beloved characters come back with a great story arc. For sure though it is different than what we felt with The Mandalorian, though he quickly became fan’s favorite.

So, is this really just the nostalgia kicking in for all of us kids raised on Star Wars or… Is Obi Wan Kenobi the best character in the Galaxy?

In my experience, there is no such thing as luck.

Let’s start with the origins. Kenobi was born on the planet Stewjon in 57 BBY. He was Force-sensitive, and therefore inducted into the Jedi Order as a youngling. Obi Wan didn’t remember much of his home world, since he was a child when he left.

Growing up on Coruscant, young Kenobi was training in the most famous Jedi Temple. He was then assigned to Jedi Master Qui-Gon Jinn. And this is when we meet him in the Phantom Menace.  Obi Wan was granted a rank of Jedi Knight in 32 BBY, when he defeated a Sith Lord Darth Maul – during the invasion of Naboo. But the best bit of his story was told in the animated series, The Clone Wars. And yes, I am watching it all over again. Gotta cover all the basis for the upcoming show! 😉

The Force is what gives a Jedi his power. It’s an energy field created by all living things. It surrounds us and penetrates us. It binds the galaxy together.

Going back to the start for a minute, Kenobi was a „late” youngling. Usually they were identified as Force-sensitive within 6 months after birth. On Coruscant, he was trained by (among others) by Cin Dralling. Then he underwent training with Grand Master Yoda and finally got „assigned” as Padawan to Qui-Gon.

And that training shaped the Master we know – Qui-Gon taught him strength and nobility. Doing the right thing, which is something I always picture in my head, when thinking about Obi Wan. He was doing the right thing, even if it wasn’t the best thing for him – a truly selfless Jedi.

One of his first missions was protecting Duchess Satine Kryze. He and Master Jinn spent a year on Mandalore, where young Padawan got close to the beautiful and smart Duchess. This is a piece of history we get in Clone Wars. Again, he has done the right thing – Kenobi continued with his training and was reassigned. He regretted it and there is one particular scene in Clone Wars that breaks my heart every time I watch it, when he admits it.

But Obi Wan took part in a lot of important missions that shaped him in the future – mission to Teth, where he had to investigate the disappearance of agricultural shipments; mission to Pijal (then 17 years old) where a political dispute erupted; mission to save priestess Th’er… All that before meeting Anakin and the Clone Wars.

Why do I get the feeling that you  are going to be the death of me?

Kenobi in Clone Wars is more human. As a kid, I always thought Jedi were invincible, undefeated and great. George Lucas showed us, with Anakin, that they are also flawed and very much just being in the vast Galaxy.

And that made me think: maybe the Jedi Code is what made them turn bad. Or, as it was with Kenobi, at least break some rules. And I do believe that Anakin was right, when Padme asked him about love: „Attachment is forbidden. Possession is forbidden. Compassion, which I would define as unconditional love, is central to a Jedi’s life. So you might say that we are encouraged to love.”

The Kenobi we met in the saga had a beautiful arc – starting as a young Padawan, Knight fighting for the Republic with his Padawan and finally a Master, who witnessed his student’s fall towards darkness.

Little did we know! There was so much more to tell and Dave Filoni gave us all missing pieces. And suddenly – the mighty Obi Wan Kenobi is vulnerable. He makes mistakes, he takes chances that result in terrible outcomes.

Sure, he has made many mistakes, though from the very start he wasn’t sure about Anakin. It was Qui-Gon’s idea to draw him and train him as a foundling. He only agreed to train him because he promised his Master.

So, was this the moment he doomed his Padawan? Was Obi Wan too young to give Anakin the training he needed? Kenobi already knew that he would be powerful, hell – Qui-Gon suspected he would be the chosen one. He also let Anakin spend too much time with Palpatine, who ultimately… Pulled him to the Dark Side.

Perhaps if he would… Help Anakin with feelings he had for Padme, instead of following the Jedi Code and „no attachments” rule, maybe then Anakin wouldn’t turn. But that is all in the sphere of „what if”, and not really what I want to write about. For me, Kenobi was a great Master, devoted General and a good friend.

One last thing though – Obi Wan was the first to bend the rules for Anakin. After all, he was his brother. Maybe back then on Mustafar, he realized all of the mistakes; all of the unspoken words that could have saved him. And… Just maybe, we will know more from the Obi Wan Kenobi  series?

Let’s face it. Luke Skywalker was totally impressed that old Ben Kenobi fought in the Clone Wars. As he should be! Without Obi Wan, the Republic would be doomed. He was not only a great military tactician. Obi Wan had extraordinary diplomatic skills that saved him and his crew more than once.

The thing I liked most about Clone Wars Kenobi was… More sass! Gosh, he was so cheeky sometimes! If you thought that in the saga, Obi Wan was „mean” sometimes, you really have to watch this animated series. I promise you no disappointment. Seriously though, if you ever feel like watching it, I wrote a piece about it with a chronological watching order.

But the Clone War is in the past. Events on Mustafar are in the past and now we will get the „in between” story. What happened during those years before Luke decided to look for him on Tatooine. The trailer showed us a lot, but not enough. Which, don’t get me wrong, is good. As of now, Obi Wan Kenobi is announced as a „limited series” – meaning there will only be one season.

But. Let’s face it – Star Wars is a money-making machine as well, so if there will be a good reception, we might get a second season as well. And again, don’t get me wrong, I WOULD ABSOLUTELY LOVE IT.

You have allowed this dark lord to twist your mind, until now… Until now you’ve become the very thing you swore to destroy…

My gut tells me this series will be very emotional. Not only because of nostalgic waves, but mainly because Obi Wan carries so much guilt. As a silent protector, he keeps a watch on young Luke – and we see that in the trailer. But there are things he regrets: missing out (or ignoring) the moment Anakin started drifting towards darkness? Maybe staying in the Jedi Order all along.

We will get some of the answers, that’s for sure. I keep reading opinions (already, yeah) deeming that Obi Wan Kenobi will either be perfect or a total disaster. Which means that once again, Star Wars fanbase is becoming toxic, venomous.

What about everything in between? I think I like all things „in between”, leaving some room for appreciation (that we are living in such a great time for this franchise), wishful thinking (that maybe they can show us more, maybe live action Clone Wars flashbacks with Kenobi, Anakin and Ahsoka?) and a little bit of objectivism.

As my friend told me lately: it’s a question of time. And in 2 months… A lot of hearts will skip a beat of joy. And I will be here to report my feelings and deliver a review. After all, living in times like this… Obi Wan Kenobi IS our only hope…