Memories we cherish, forget or alter? 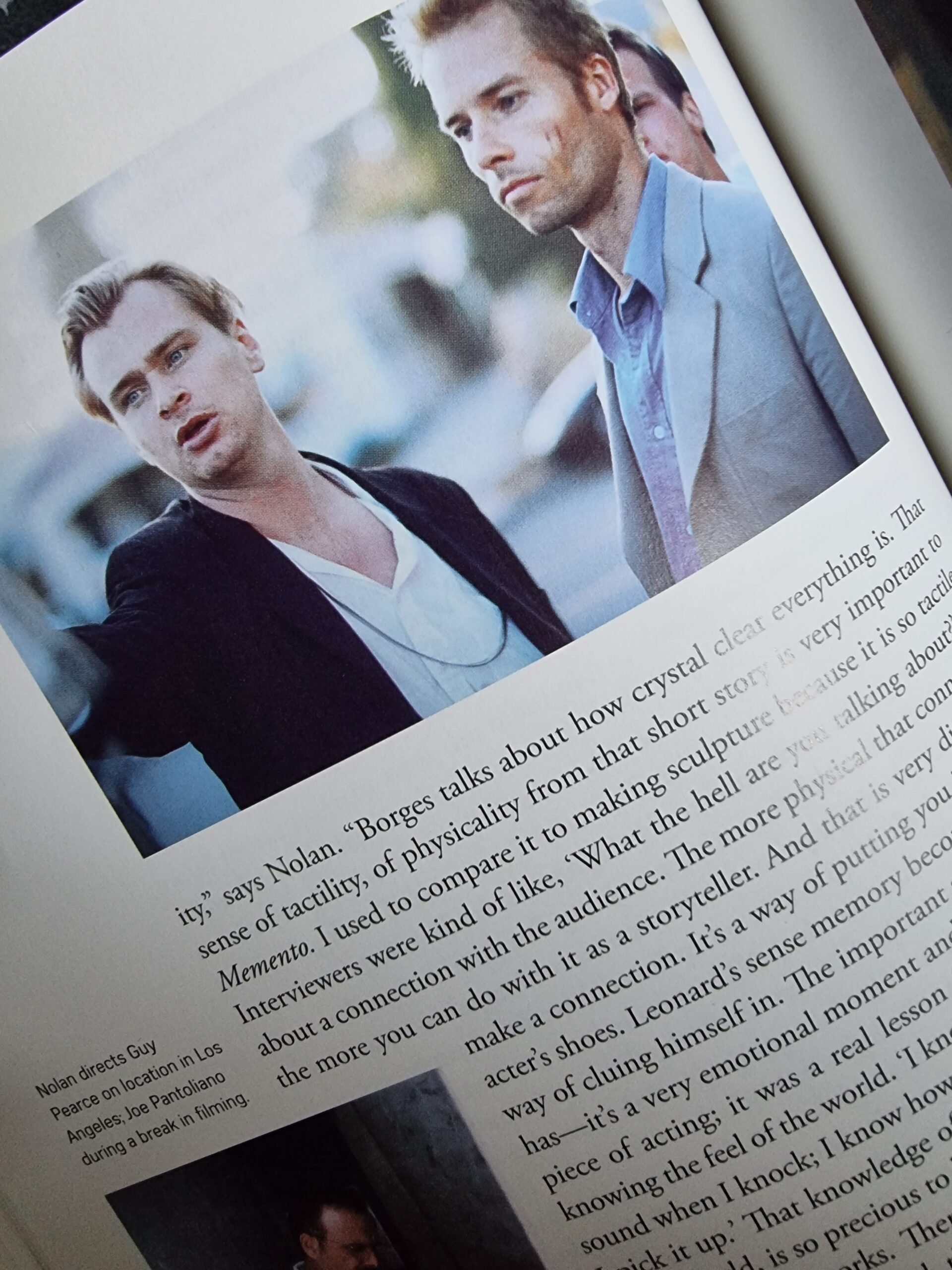 Nolan’s Memento is a great teaser of his upcoming work. It’s a movie about a collection of memories – distorted, crooked and ones that you cannot and should not trust. Now, 21 years later it is a classic noir-puzzle that amazes with every “new” watch. After all, Nolan challenges us: can you really trust your memories?

Summer is for Nolan and this is another part of NOLAN PACK, which I am very proud of. There are two more to go (Following and Insomnia), but as everything Nolan-related, I want to savor them. And, here goes a promise: once I am done with NOLAN PACK, I will finally get into the The Nolan Variations that I have for almost a year now. Just a side note about what I am reading now – Transfer of Power by Vince Flynn; third installment of Mitch Rapp series and I love it.

But this week got my mind wrapped around the concept of memories. Can you even believe humans? The very fact that we are capable of HAVING memories is amazing. From the very moment we are born, our brains are flooded with impulses and, well, information. How the hell do we remember most of it? Is it possible to remember it all?

Let’s start with basics (I think this could be a tagline on a t-shirt by Twin Peaks Café…) – humans have different type of memories: short-term that can lasts seconds, long-term that can lasts years; working memory that allows us to keep pieces of information for a limited time by repeating it (hello, high school). There is also declarative memory (memories one experiences consciously) but that is high level science that I don’t want to get into right now.

Memory can change the shape of a room; it can change the color of a car. And memories can be distorted. They’re just an interpretation, they’re not a record, and they’re irrelevant if you have the facts.

Of course, there are some memories (or what we consider them to be) that we can call a common knowledge, like the fact that Christopher Nolan is the director of TENET. And there is a counterpart to declarative memory called… Shockingly, nondeclarative memory, unconsciously built up. Have you ever wondered, which one you could and should trust more? After all, our minds can deceive us and memories can alter. On the other hand, there is something we just cannot forget. Like riding a bike. Or there are some “automatic” responses our brain enforces – when we smell our favorite food or when we are afraid.

And if there is one thing I know about Christopher Nolan, it is that he does his research. There is no room for “maybe” or “perhaps”. He decided to show how it feels like, to be unable to make new memories and remember how life used to be. How we THINK life used to be.

His brother Jonathan, who many of you may know from the HBO’s show Westworld as Jonathan is one of the writers, wrote a short story Memento Mori (you can read it here). He got this idea from his general psychology class and decided to pitch the idea to Christopher. Sketch of the script was completed during a road trip the brothers took, when Chris was moving to LA.

Ultimately, the script was different from the original story, but it still was a source of great inspiration for Christopher to make what turned out to be a hit film.

If we can’t make memories, we can’t heal.

Oh, what a true statement that is. Imagine going through a traumatic experience – loss of a family member, heartbreak… And being unable to heal. This event is the only thing you remember as a “fresh memory”, because you cannot make new ones. I have goosebumps and not the good kind. I can’t even think about it, I feel physically sick even when my previous heartbreak crosses my mind. Being tormented by the single thought of not being able to go past that one memory? Tragic. Excruciating. And that is the bottom line of Memento’s plot: Leonard (Guy Pearce) suffers from short-term memory loss after an accident. He is on a mission to find his wife’s killer, but as you can imagine, it is hard since he forgets everything that happens 2 hours after.

Leonard uses polaroid photographs to “store and collect” new memories. He makes notes, he tries to have a routine and things in control. Sounds pretty doable and when you really think about it, simple. But nothing is ever easy with Christopher Nolan.

The signature non-linear narrative grounded Memento as a suspense-full picture, that within its pace takes us through two timelines: backward (in color)  and forward (in balck and white) in time. The cross-steam might be confusing, but when you compare it to what comes in TENET… Well, thank you Chris for making Memento a little less complicated, but at the same time absolutely thrilling. I am lucky enough to have a limited edition DVD copy of Memento where you can unlock the film in the “right” order. Haven’t seen it yet, because of obvious reasons.

I can’t remember to forget you.

Leonard is the most unreliable narrator, however the audience only realizes that by the end of the film. Sure, the mistrust is shown early in the movie; after all the guy suffers from short-term memory loss. All we know for certain is… Yeah, right? So, who can we trust? Natalie (Carie-Ann Moss) seemed like a really genuine and sweet person. For like 20 minutes, until she revealed her true colors. That scene, when Leonard was frantically looking for a pen (and she made sure that there was no pen around) was great, truly scale-tipping.

So, Teddy (Joe Pantoliano) then? Teddy, who seemed super sketchy at the beginning only to grow to the most true and trustworthy person in the neighborhood. He really thought he could help Lenny (Leonard!) get the piece of mind, some sort of serenity. But, as he finally realized… Leonard chose this life. He chose to lie to himself – his wife’s killer was long dead.

But there is always a Jimmy G., right? And for that high, people are willing to go very far. I know! I’m there. Not with killing, but with running. The second doctor told me I can “ease back” into my training (though no half-marathon this year) I felt so happy and excited. Each step, each hill, each puddle I run through… I was levitating. But that happiness will wear out in some time. It will “ease back”, the way my doctor asked me.

So you lie to yourself to be happy. There’s nothing wrong with that. We all do it.

Leonard chose to lie to himself, because it was part of his coping mechanism. He thought he had control over this, but did he really? His condition only allowed to have some illusion of control. Think about it: you are not able to form any new memories, so you wouldn’t be able to remember that running gives you that high. You wouldn’t even think about it until you ran.

Sure, everyone of us sometimes changes the memories – maybe the color of the car that almost ran you over or the latte flavor you enjoyed with your friend. Nothing that major, nothing that would change the memory completely. Of course, there are some memories that I would change… I would delete some. But that’s not how it works, right?

Nolan’s Memento is an extraordinary classic, not in the “classic” way of defining it. The story might seem shallow and well-worn, but that is the thing with Christopher Nolan – why over-complicate the plot, when you can present it in the most twisted, backward way?

2 thoughts on “Memories we cherish, forget or alter?”