Sport-fueled movies for the win! 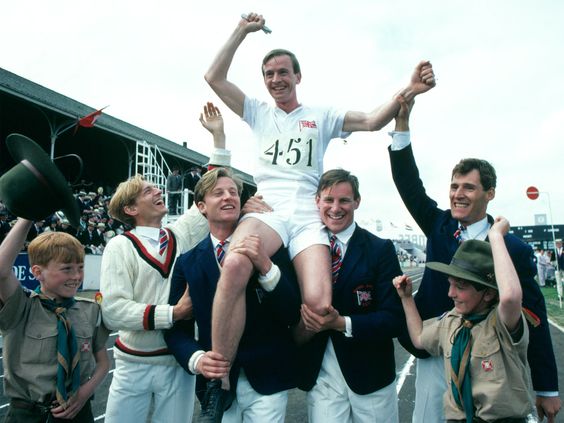 Sport, much like movies and music, is an integral part of many lives on this green Earth – yours truly included. Ever since I was a little girl, I was going with my dad and grandpa to watch speedway at our old stadium. And back then I thought – how are people able to capture this sport magic on screen?

Listen, he’s only a man. You can beat him because you’re a tank. You’re a greasy, fast, 200-pound Italian tank.

And since I am a week away from my vacation, I decided to do something light and maybe inspiring? Today the FIFA World Cup in Qatar starts. As I am preparing this post, I am watching a new documentary on Netflix called FIFA Uncovered about all the corruption, scandals and politics, dating back to the 70s.

For me, as for many other people as well, football is… Just is. I do not consider it as “my” national sport, as… Really, there is not much to celebrate. Our national team is not winning gold medals and usually is struggling to get into the tournaments. Packing all that money into this one particular sport seems unfair.

That bothers me most when I think about other extremely talented sportsmen and women – volleyball, handball, basketball players; speedway riders; ski jumpers; athletes… Swimmers, runners, bikers. Yet all the major money goes into football.

Don’t get me wrong – funding classes for underprivileged youth, funding base camps and building football fields at schools is a valid effort. But why are people forgetting about other sports? Watching this documentary feels like putting a final nail in the “sport spirit” coffin. There is no sacrum in sport, not anymore.

The controversies around Qatar “hosting” the World Cup are out there and vocalized from the very beginning. And the more vocal people got, the faster they were silenced. It’s funny how a lot of countries are condemning things that happened to get Qatar there, and they are still sending their national teams to play.

I still cannot believe that money can get you anything, anywhere, any time. It still amazes me how much people change under the influence of just a currency. Remarkable, in the worst possible way.

So, for today’s post, I decided to give you a list of wonderful great movies, series and documentaries to watch on the sport subject. Not football (soccer), but just sport – in the full colorful beauty of it. And as you have probably noticed, today’s headlines are quotes from my ultimate favorite sport-movie-series: Rocky.

With that in mind, I just wanted to give you a brief operational update: #twinpeaksSunday will be posted next week (Movie Journal autumn summary for September and October).

Then I will take a two-week break from posting here on the website, as… Everyone deserves an uninterrupted break from “work”. Hey, don’t get me wrong – this is the best work in the world, but I feel the need. The need for recharging my creative batteries. Once I am back from my voyage, I’ll tell you everything.

Save these lists for later – and yes, we can agree that watching a sport-related movie counts as a workout. There, I said it.

The world ain’t all sunshine and rainbows. It’s a very mean and nasty place and I don’t care how tough you are it will beat you to your knees and keep you there permanently if you let it. You, me, or nobody is gonna hit as hard as life.

I did not expect to create such an extended list but hey – these are some good stuff for you! There really is something magical in the “underdog story” classically associated with sport movies – maybe that is why I like watching them around Christmas?

Well, regardless. I do hope you enjoyed it and maybe you will watch some of it? Let me know and hey – what is on your sports list?