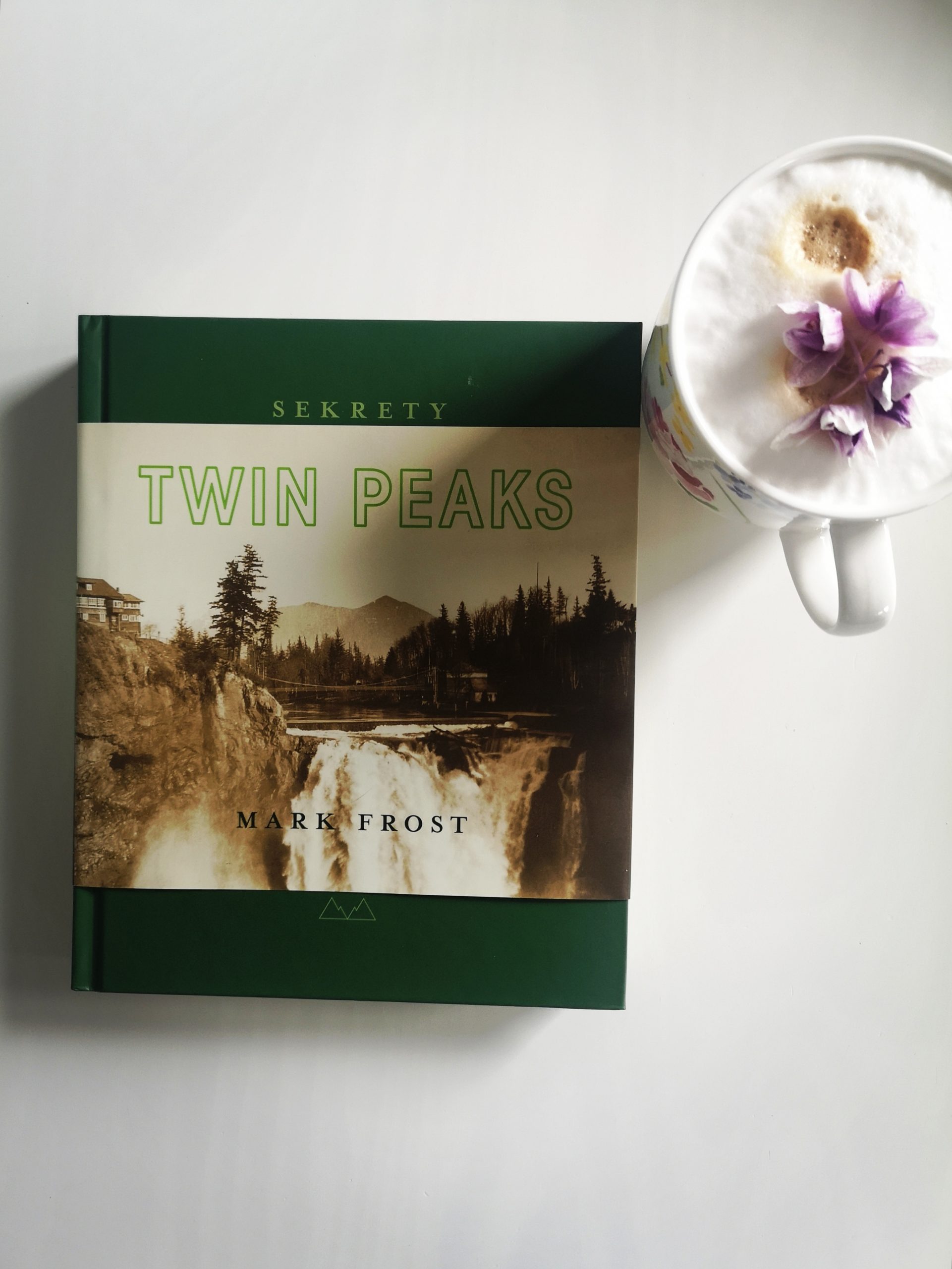 “Diane, 11:30 a.m., February 24th. Entering the town of Twin Peaks, five miles south of the Canadian border, twelve miles west of the state line.”It’s safe to say, that this is the most iconic opening to a TV series, ever! Many of you know, that I am a big, big Twin Peaks fan. On April 8th, we celebrated 30 years of the show’s premiere. Considering the round anniversary, I decided to watch it again and write down all the feelings and thoughts! Cool idea, no? And what better way to start, than with introduction to grand TWIN PEAKS re-watch! You deserve to know how I feel about this show and why I chose this particular name.

First episode of this groundbreaking series aired on April 8th 1990. After the 80s, colorful decade of sitcoms, soap operas and family dramas, Twin Peaks created by Mark Frost and David Lynch shook the audience around the world. Let’s take a closer look on this multithreading, genre-hybrid masterpiece and perhaps we will discover why there is a cult around it. Because there is an actual cult surrounding this show! A good one, very positive. Twin Peaks is all kinds of strange in an exceptional way. Being a part of community that watches it every once in a while, hello, shares love and passion, as well as varied interpretations and perspectives, is amazing. I am a part of many fandoms out there, but Twin Peaks fans are closest to my heart. And that is one of the beauties of the show – I spoke with a lot of fans and each time I came across original opinion. I mean, you can watch is a romance, drama, crime story, horror story, supernatural story, affairs, psychological drama… Or literally anything else!

The main plot follows an investigation conducted by FBI Special Agent Dale Cooper (Kyle MacLachlan) and town Sheriff Harry S. Truman (Michael Ontkean). Homecoming queen Laura Palmer (Sheryl Lee) was murdered in the fictional town of Twin Peaks, Washington. Along the way though, there are other storylines that “fill out the blanks”, which only makes things so much more complex.

What’s up, doc? Just a few words before I go to sleep.

Road to Twin Peaks was somewhat rocky. Lynch’s project (One Salive Bubble) got cancelled due to production company bankruptcy and he had nothing to do. His agent convinced him to do a TV series and not long after, he met with Mark Frost. During one of their meetings, basic framework of the show was written down and I love to think that it was over a cup of damn fine coffee and cherry pie. The source of the series was mysterious murder of a young girl.

But before they wrote Twin Peaks, they worked on script of a movie about Marylin Monroe, Godess. And though the movie never came to be, Lynch and Frost managed to use elements of it and Monroe’s life in Twin Peaks – enigmatic death of a beautiful girl, who had affair with powerful man. Sounds familiar?

The show is a bundle of various elements like detective fiction, supernatural bits and melodramatic portrayal of eccentric characters. It “reeks” of Lynch’s signature touch: remarked by surrealism, offbeat sense of humor and unmistakable cinematography. Magnetic score was composed by Angelo Badalamenti. It took him 20 minutes to create main theme!! Let’s take a moment to appreciate the soundtrack, okay? It is very unique and even Lynch said it: “It IS Twin Peaks”. Many critics agreed and called it the perfect score, superb fit for images and actions it underscores. Music is important part of this show and it has its own fanbase. And Lynch, being Lynch, made everything better when he released The Twin Peaks Archive with over 200 songs that were not included in the show. If that’s not a treat, then I don’t know what is.

Laura has secrets built around those secrets.

Young and promising cast is another strong bit; like Sheryl Lee for whom Lynch and Frost wrote another part (Maddy), just because they felt like “playing” dead Laura Palmer is not enough for her. And of course, dashing Kyle MacLachlan, who debuted in Lynch’s Dune just few years before Twin Peaks. And though many women were crazy about Kyle, my heart was stolen by Agent Cooper. His dreamy way of living, a little out of this world and definitely out of the box, did not affect his FBI work ethic. Impeccable taste for coffee black as midnight on a moonless night and cherry pie is what makes him so damn charming.

I would like to share my deepest appreciation for women of Twin Peaks: Mädchen Amick played Shelly, young waitress stuck in abusive marriage who eventually takes over the control. This is another important plot, by the way! Stunning Peggy Lipton playing Norma Jennings, fearless owner of Double R diner, never afraid of her feelings, involved in a weird love triangle. Lara Flynn Boyle who in the show portrayed Donna Hayward, Laura’s best friend,struggled with her emotions. Let’s not forget about Joan Chen as Josie Packard, woman who owned lucrative mill and her on-screen antagonist, Catherine Martell – evil businesswoman played by Piper Laurie.

Each of them had its own storyline and even though they seem like separate bits, they chip in to the main plot. Which once again, proves what I said: you can watch Twin Peaks with new perspective every time. And guess what? It became one of the most re-watchable shows during quarantine!

There’s a sort of evil out there…

But multithreading is one thing. Twin Peaks is hard to understand, much like Nolan’s movies, I dare to say! But maybe I should put it another way: much like Lynch’s entire work? It’s odd, different and really scary sometimes. My mum would say “stupid” but come on. I have to admit, when I started watching it for the first time, I was really skeptical. It’s an old TV show, so… There is that. And the story seemed like every other story in TV. Lastly, the supernatural thing… I don’t know, looked weird. With each episode, my interest grew and I realized that it was one of the best pop-cultural decisions I have ever made, in my entire life.

It’s hard to explain all the feelings at once without context of each episode, so I hope that this short introduction is a good bait for you to enjoy this re-watch with me. Or maybe, as I go deeper into the wood, you will decide to watch it yourself? And share your thoughts with me? Here is how “The grand Twin Peaks re-watch” will look like: