Nicolas Cage is back, baby*! 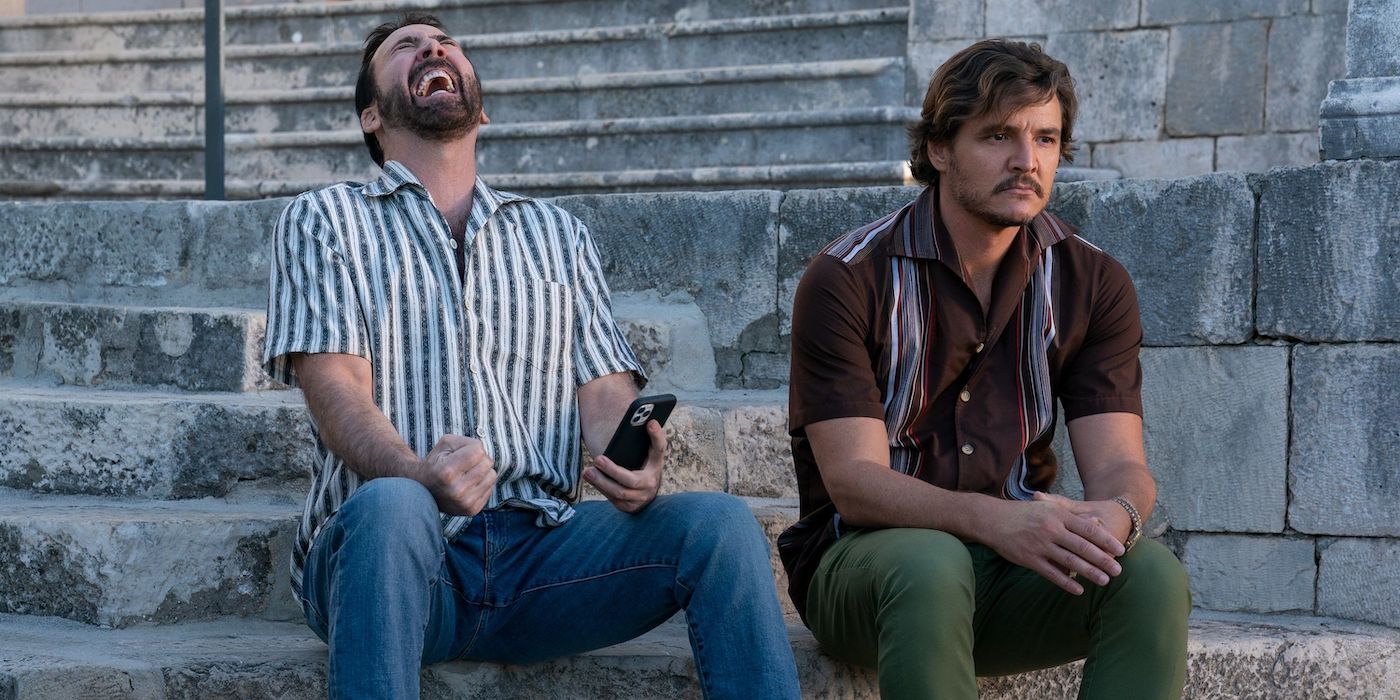 Nicolas Cage is one of my favorite actors of all time. There isn’t a month going by without a movie with him on TV. Most recently? National Treasure and I believe that Nicolas truly is a treasure. Sometime ago when I heard about his new film where he would play… Nick Cage seemed weird. One minute later I knew it would be the best movie of 2022.

*Not that he went anywhere…

What’s the worry here, Nick? You’ve lost some of your talent as an actor?

Say whatever you want – there is at least ONE movie with Nicolas Cage that you LOVED. I could name at least 30 out of… 110 acting credits (current and upcoming). So, there is plenty to choose from and a lot to see!

The idea of a movie where Nicolas Cage plays Nick Cage (as he said: a version of him at least) made total and complete sense. Who else could pull it off? Only him. And this version we see in it – vulnerable, lost and detached from “harsh” reality is one of the truest embodiments of any (hell to the yes for universalism!) Hollywood actors.

After all, the more successful you get, the harder it is to stay down-to-Earth. We hear it all the time: actors and celebrities losing their way and spark, looking for something to break the curse with. And man, what a ride it was!

Have you seen Croods 2?
No, I’m forty-four years old! Why in the fuck would I see Croods 2? I’ve seen Face/Off and Con Air.

Advertised as a comedy, The Unbearable Weight of Massive Talent is everything. It’s a movie about film-making, the importance of friendship, and it has an espionage angle… But most importantly, it’s so effortlessly funny! Sure, it wasn’t the “best-best” movie of 2022, but who cares?

Think about it. We live in such dark, uncertain times. I think we, as humans, are constantly looking for negatives and bad things, fixating over mistakes. Few days ago, I made a career decision that could change a lot in my life. But I was full of doubts and fears, insecurities took over. And then I talked it over with my friend and she tackled every negative and turned into something good.

And this is a good way to live. I promised to be more open and say yes more often. So, why not? Same goes to movies, even with Cats. I mean the way Jennifer Hudson approached Memory was great. See? Progress! But let’s not go further in that direction.

What is your favorite movie?
That’s one of those questions that’s impossible to answer. You can’t just limit it to one.

I was surprised to see how real this movie is. How real and common the struggles are! Naming your favorite movie of all time? Please, that is impossible. Even in the top 3, that’s very hard. But I loved how Nicolas answered: it all depends on the day, your mood and situation. This conversation was a bridge to the uncanny friendship between Nick Cage and Javi, the “wealthy gentleman” residing in Majorca. I loved Pedro Pascal (heh, go figure am I right) as Javi.

He played the ultimate fan-boy, the kind of fan that might seem crazy or weird but is a sweetheart deep down. Just… Really enjoying the company of his absolutely favorite movie star. Javi couldn’t keep his cool sometimes or the sheer admiration – which was sweet and… Yet again, extremely real.

Critics around the world are in consensus: one of the best things in this movie is the chemistry between Nicolas Cage and Pedro Pascal. It’s like they clicked instantly. And it’s not that common these days in life… I wonder how I would act in that kind of situation.

I love the plan. But maybe you should go, and I’ll stay here.
And I love that plan. I do. But you are a faster runner than me. I saw how fast you were in “National Treasure”.

Let’s face it – I would be freaking out all the time… 😉 And after the initial shock would go away, I would be pepper-spraying the questions. Hey Christopher, why are you a genius? Hans? How does it feel to be the greatest of all time? Nicolas? I LOVE YOU SO MUCH. Pedro, can you please?

The Unbearable weight… provides a great, edgy humor with tons of puns. But the main plot was very engaging as well. Till the last 15 minutes, I had no idea if Javi is the bad guy or was it just an act. Sure, it might sound cliché but honestly? Who cares?

In my opinion, it served as a good counter-balance for the comedy, the complex family relationships and personal struggle. All, of course in that signature Nic Cage style – something we love him for. If you think about it, there is no one else like Nicolas Cage, right?

Every fan holds their beloved stars in highest regard. There is no one better, no one who could compare. On the other hand, there is this saying “Never meet your heroes”. I don’t know if I could live in a world where Christopher Nolan is an a-hole. Part of me fears disappointment, and that is the most natural thing.

Javi didn’t even think about it – Nicolas Cage was everything he ever wanted and more. This might have been the only one (joke!) inconsistent thing in this film. Regardless, it was great fun and time well spent.

One thought on “Nicolas Cage is back, baby*!”