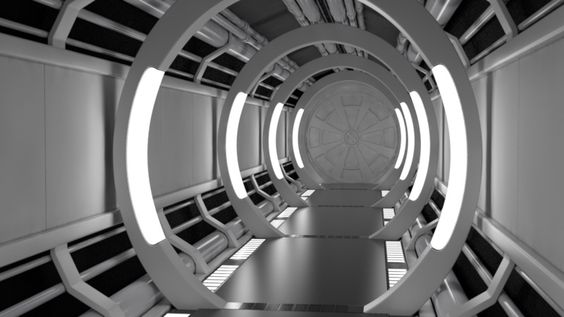 Classic is a word we use often to describe top movies from a certain genre or a director. And since I am in a full sci-fi mood and a friend of mine sent me Empire’s pick for the best 10 sci-fi films… There we go. To be fair – I haven’t seen half of these, so this list will be as much for me, as it is for you. Got your popcorn ready? Let’s go!

(To be completely honest with you Lot – this is my “lifejacket post”. My anxiety is through the roof and I don’t feel good about the world. But since I am always here on Sundays, I decided to share this list with you. Venom thoughts will come next week!)

Where the fear has gone there will be nothing. Only I will remain.

I watched Dune with my mum today and she told me something I can’t get out of my head: there is so much science fiction cinema these days. She said that we have gone through all of humanity’s problems over and over again for so long that we have exhausted the subject. So, now we are moving towards the impossible, to escape, to run away from our earthly problems.

And you know what? She is absolutely right. That was my excuse when I started diving into sci-fi. I am so overwhelmed with the world right now… I need an alternative. So, with a little help from Gavin (thank you for that awesome gift), I combined this list of classic sci-fi movies to enjoy in the fall season.

Now that I think about it, maybe I should’ve gone spooky instead?

This 1927 movie was inspired by the New York skyline at night. Without any doubt, Metropolis is the first futuristic sci-fi epic ever. Over two hours long with gigantic set, thousands of extras, really cool special effects , lashing of sex and violence, strong morale  and groundbreaking fantasy sequences – there had never been anything like this in the cinematic history.

Plot was fairly simple (which I really like in sci-fi) – in a futuristic city abruptly divided between the working class and the city planners, the son of the city’s mastermind falls in love with a clairvoyant who predicts the coming of a savior to arbitrate their issues.

94 years after it was made, Metropolis is still deeply influential for the genre – “Metropolis” is home to Superman and the city became centric in other movies I will mention today as well. It is a great movie to start your adventure with sci-fi. Humble beginnings!

#2 CLASSIC – The day the Earth stood still by Robert Wise

1951 film about an alien landing in Washington, D.C. to tell the people of Earth that they must live peacefully or be destroyed as a danger to other planets in the Universe. Got it? Now read that sentence again, because it sounds like something we would need just about now.

It is definitely a B-class movie, but a great one – it inspired a lot of imitations but no sequel – but who knows. Since we live in an era of remakes (DUNE IS A MASTERPIECE, OKAY?), maybe there will be a new approach to the problem. Maybe in part two, Gort and his fellow space cops malfunction or start thinking for themselves?

Will the mysteries of the universe explain the massive impact that Lassie had on the future of sci-fi? Without that awesome canine, this 1956 movie wouldn’t be as awesome as it is. The movie script was based on a short story by Irving Block about a fantastic space journey to a very mysterious planet which held a terrible secret. And it has everything: flying saucers, futuristic robots, dazzling special effects… And Lassie.

But critics also recognized and appreciated the intellectual connotation, like Shakespeare’s The Tempest. Definitely worth watching!

One of my favorite space/sci-fi movies. Written by Kubrick and Clarke, inspired by Clarke’s 1951 short story “The Sentinel”. It was a cooperation of the century – Hollywood’s wunderkind with best-selling science fiction legend. Few years and 10$ millions later… One of the greatest films had its premiere in 1968.

It is scientifically accurate (about space flight), it pioneered (a type) of special effects and ambiguous imagery – everything that a classic should have. Kubrick decided not to give the audience an intellectual level to wonder about. This film has no fixed meaning at all. And the music, oh Goodness.

And these monoliths! Oh my God, wasn’t that a thing like a year ago? All the feelings. I should watch it again, because it’s truly great.

#5 CLASSIC – Planet of the Apes by Franklin J. Schaffner

This one has been on my “to watch list” since forever, but I swear to you Lot – these days are coming. Sure, I’ve watched bits and pieces, but I wanna make sense out of it. Okay, maybe there is no “sense” sense, but you know what I mean.

And, for people who were growing up in the 70s, these were total hits. And each part of the series was for someone else – the second one for those who fancy cool-looking mutants; the third one for the softies; the fifth for folks “old enough”. Well, I am all of the above. So, I guess it’s about time!

Need I say more? You might think that Dune took over my heart but it’s not entirely true. With every new pop cultural discovery, my heart grows and there is plenty of room for everyone. Star Wars is something so dear and deep to me. It carries years of emotional charge, so electric, it can keep me warm for days.

It is a one-of-a-kind thing. And even though it was largely influenced by Dune, it still is its own thing. The Force, Obi-Wan, Mandalorians… I smile just thinking about it. After all these years, Star Wars is still the pop cultural love of my life. My first love – and that is not easy to forget.

There is so much good coming through – new movies, new shows… And that makes me happy. Very happy!

#7 CLASSIC – Close encounter of the third kind by Steven Spielberg

It was one of the things I discovered during the pandemic and why do I keep forgetting that I love Steven Spielberg? Especially his early movies?! That home-made sign “Stop and be friendly” should be out there on posters around the world.

It’s a story of Roy Neary, an Indiana electric lineman, who has his quiet and ordinary daily life turned upside down after a close encounter with a UFO. It’s spurring him to a fanatical cross-country expedition for answers as an earth-shattering event approaches. Spielberg came up with a 25-page script while working on Jaws in 1974. He showed it to another firm believer of “something up there” and the rest is history.

I’ve had the pleasure to watch the director’s cut in 2019 during the American Film Festival. More specifically, I watched it in November 2019. I think? It seems like a lifetime ago. But it had a very special meaning. That is NOT how the future looks like, so that’s good news.

It was an adaptation of Philip K. Dick’s book Do Androids dream of electric sheep? Oh and side note about Dick – he is one of the most adapted sci-fi authors of all times. And again, we are in a dystopian city (Los Angeles) in which synthetic humans (replicants) are bio-engineered by the evil Tyrell Corporation to work at space colonies. When a fugitive group of advanced replicants led by Roy Batty (phenomenal Rutger Hauer) escapes back to Earth, tired cop Rick Deckard (Harrison Ford) unwillingly agrees to hunt them down.

To this day, it is still one of my favorite films of all time. I kind of don’t want to read the book, because it might be perfect and then the movie won’t be like that anymore. Or maybe it will be the other way around?

There is no real ending. It’s just the place where you stop the story.

I think this could be a new feature here at Twin Peaks Café – classics. There are plenty! I hope you enjoy this list and… Happy catching up! For me, at least. Life is crazy lately and I am so far behind with Movie Challenge, it’s ridiculous. But there will be time for everything. The summary is coming and I am already thinking of the 2022 version.

Meanwhile… I need some rest. My social batteries are officially drained. It’s been a nightmare and there is no me-time anytime soon. Which is not ideal, but I will survive? I hope you Lot are doing okay? <3