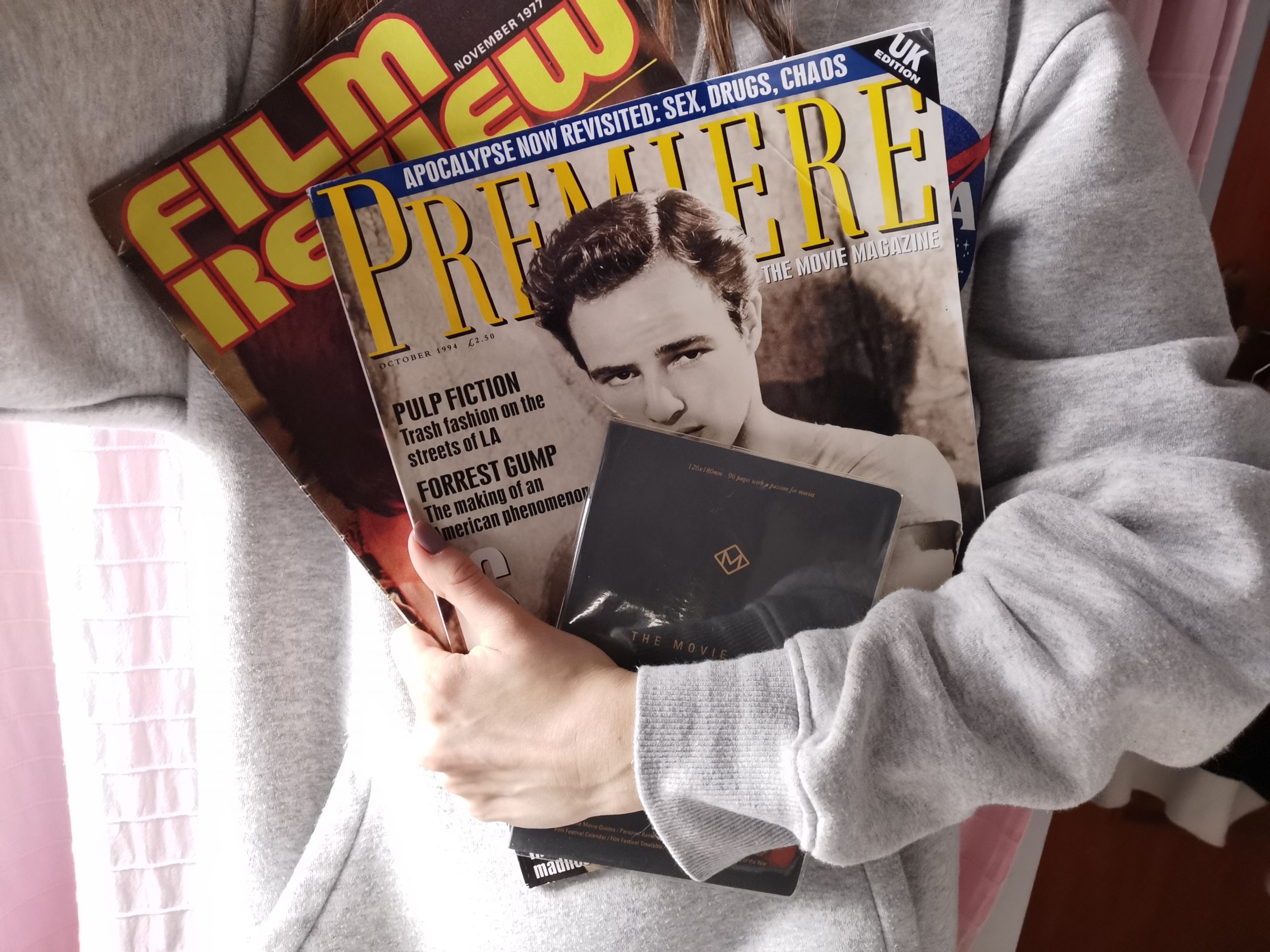 Journal or diary – whichever you prefer, it’s time to start off 2021 Twin Peaks Café Movie Challenge with first summary! I am very excited to share choices of this edition’s participants: Marta, Gavin, Damian and Radek!

Few days ago, we “celebrated” one-year of lock-down – in all shapes and sizes. Cinemas were closed – for months, they got reopened for the summer only to get closed for the winter again. It’s been really hard on all of us – this is why the Movie Challenge is here to help! 😊

Watching new films is great, but re-watching some of them can actually help with the anxiety. So, if any concept gives you familiar vibes, good. That was my point! So, are you ready to read some journal entires?

This was an interesting one and I was eager to see what the rest of the crew decided to throw in their capsule. I bent my own rules a little bit here, and watched more films – but come on, one does not simply watch just one Indiana Jones or Rocky film, they come in packs! 😉 Here are the choices of fellow contestants:

I kind of felt weird not watching any “new” film, but I got so hooked on the movies from the main concept and series, that it slipped. But hey, no shame in that. Keeping the “TV show” bit will be an essential part of my film journal. And in January, I watched Lupin from Netflix which got me hooked and that does not happen often. I also felt like finally watching American Crime Story season 1 about O.J. Simpson and even though it’s not really my favorite type of series, I enjoyed it a lot.

SURPRISE OF THE MONTH: A clockwork orange (1971) – well, not exactly a surprise, let’s be real. Unless, we talk about how always it leaves me in awe – “When a man cannot choose, he ceases to be a man…”. Ever since I read the book, I cannot stop, I keep thinking about this quote. So simple, but hits your right through the heart. It took me a minute to decide, if this one should be in my time capsule, but it is so important for young generations to know that having a choice is what makes us humans.

“MEMORY LANE” OF THE MONTH: Rocky (1976-2006) – this is my mum’s favorite “non-Harry-Potter/LOTR” series, so this means a lot. Wonderful story about the importance of… Losing? It’s not about how we react to failure, it’s how we respond to it, how we act. Plus, the story of Sly, struggling as an actor, really tears me up. Prior to Rocky making it big, Sly struggled – to the point, that he stole his wife’s jewelry and sold it to pay bills. Things got so bad that he ended up homeless and for 3 days he slept at the New York bus station. However, his lowest point came when he tried to sell his dog at the liquor store to any stranger. He didn’t have money to feed the dog… So, he sold it for 40$, crying his eyes out as he walked away.

Sly watched a boxing match between Mohammed Ali and Chuck Wepner and felt the inspiration. In 20 hours, he wrote a script for Rocky, things escalated quickly and with his first paycheck., he bought the dog back for… 15.000 dollars!!!

HIGHEST SCORE OF THE MONTH: Titanic (1997)­­­ – the beauty is in simple things: take real-life events, absolutely tragic catastrophe and write a love story that will happen during that time.

BEST MOVIE OF THE MONTH: Cinema Paradiso (1988) – I have no excuse why NOW – honestly. This is my film, most personal in the journal so far. It’s a film about passion so deep, nothing and no one can take it away. Bitter-sweet, but so damn wise and beautiful. Heartbreaking, but at the same time uplifting.

FEBRUARY – Movies that… are under/over-rated

Probably one of the most subjective concepts in the journal, and I am here for the heck of it. I want to stimulate your brains a little bit, I hope you don’t mind. For me, this month was pretty darn good and movie-full. I think my brain needed a solid distraction from everything that was happening in my life. In the TV series corner, I decided to watch Queen’s Gambit which was great and you can read my thoughts here. On the other hand, The Assassination of Gianni Versace bored the hell out of me. Oh God, 50 minutes on the indoor bicycle felt like 3 hours.

SURPRISE OF THE MONTH: The message from the King (2016) – I am not sure why we don’t talk about this film – brutal, but so damn gripping and edgy! Chadwick Boseman proved that his talent went far beyond Wakanda. Watching it, stung my heart a bit. Damn. VERDICT: UNDERRATED.

DISAPPOINTMENT OF THE MONTH: Bombshell (2019)– I wish I could say that the story, on which the movie is based, was great but no. It should have never happened. Once again, this issue of women being used and abused in any workplace makes me sick and outraged. However. This film was just terrible. I am not a fan of this kind of storytelling, it’s a no. VERDICT: OVERRATED.

HIGHEST SCORE OF THE MONTH: The Lord of the Rings EXTENDED (2001-2003) – oh come on, you can’t be surprised. This was the only way to celebrate Valentine’s Day! Extended version of the trilogy is pure gold and should be worshiped. Oh, what I would give to watch it all in IMAX…Also, I can’t believe it’s been 20 years already. VERDICT: UNDERRATED.

BEST MOVIES OF THE MONTH: Judas and the Black Messiah (2021) / Malcolm & Marie (2021)– both as a premiere but for sure fitting into the concept. As for the first one, it really hit me that Fred Hampton was only 21 when he was murdered. Politics aside, times were really rough for people of color. And I hate it; it makes me sick. Phenomenal performances by Daniel Kaluuya and Lakeith Stanfield. Absolute must-watch, Lot.

As for M&M, it triggered a lot inside of me, but I wrote it down in the review, that you can read here. Both Zendaya and John David Washington gifted us with outstanding performances and wow, I can’t stop thinking about it. VERDICT: UNDERRATED.

Sometime in May, I will come back with the second part of 2021 Movie Journal, to see what my gang decided to watch in March (Movies that… are very weird but we love them anyway) and in April (Movies that… made you root for the villain).  I have some classics that I want to re-watch, like Mulholland Drive or Scarface, but I am looking forward to the research! 😊

Remember, that you can join TPC Movie Challenge at any point – just go here and download the journal file, make sure you follow the rules (I accept bending them, though) and send it to me by the end of April.

2 thoughts on “Film journal – kick off!”