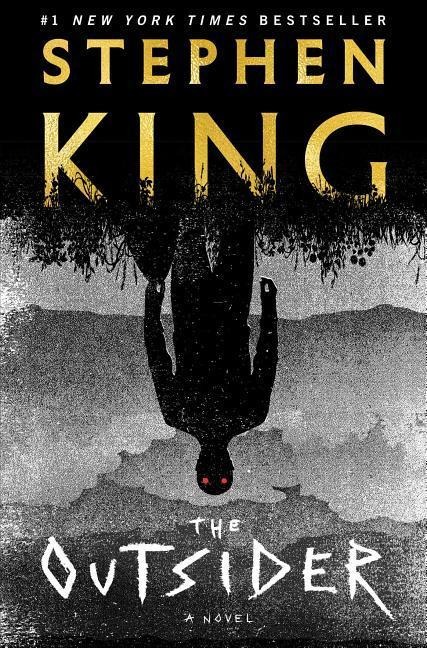 I am not a big fan of horrors, I don’t like to be scared. So, if I had a choice between horror and literally something else, I would go for the else thing. What I do like is a great and captivating story, grounded in „reality”, that gets shaken to the core with something out of this world (like Twin Peaks). Or maybe the contrary – maybe it is the root of our world? Stephen King said that reality is thin ice, but most people skate on it their whole lives and never fall through until the very end. See, you can either be down-to-Earth kind of person that only accepts the explainable or… Be a believer that there are things out of this world that we don’t have the control over. OR, you could be like me – flexible enough to consider both sides to be the right ones.

If you can’t let go of the past, the mistakes you’ve made will eat you alive.

HBO ordered The Outsider on December, 2018. It is a miniseries and let me tell you – HBO is damn good with miniseries. Their show called Show me a hero is fantastic. It’s a political drama with Oscar Isaac and Jon Bernthal  (and look, it’s not that I am subjective or anything, but he did get a Golden Globe for that role, just saying). I watched it on “one night” bus trip to my family in Bremerhaven and believe me – I am more of a one-episode-a-night kind of girl. So, that alone says something. Check it out! You know what? It should definitely make the TOP 10 list. Damn. But no, wait. You know what? Nevermind.

Back to The Outsider, it’s based on a book of the same title by… Stephen King. Ahh, lot. I would love to read his books one day! Yeah, that’s how scared I am! I did read The Green Mile though, so I am not that hopeless case after all. Maybe now, I will read The Outsider, now that I know that it’s not actually scary in the general sense.

It was no dream she said. Dreams fade. Reality doesn’t.

The story begins on a peaceful evening in a small town, where dog-walker finds a massacred body of a young boy. Local law enforcement arrives on a scene, with mysterious detective in front line – Ralph Anderson (Ben Mendelsohn). What seems to be an pretty straight forward case, takes unexpected turn after turn.

With a help from eye-witnesses, one man’s determination and whole bunch of incontestable evidence, district Police makes an arrest. And that would be it, thank you for tuning in for this post, lot! No, I am kidding – I will keep going, just not with the plot. It’s a series worth watching so… I don’t want to spoil more than I should. Don’t worry though, I will dive into the supernatural element a bit later. But worry not, I will throw a warning sign.

When you get old, peace is about all you want.

Casting Ben Mendelsohn as main lead was one of the best creative decisions ever made, by anyone, ever. I am used to see him as the bad guy – he played Nolan Sorrento in Ready Player One and Orson Krennic in Rogue One. He voiced-over Killian (the bad guy) in Spies in Disguise. And here, I was introduced to something entirely different. His performance was truly heartbreaking at times – experienced detective with painful past, thrown into the middle of case so cruel and devastating… Case, that triggered a lot of sad memories. To find justice for family shaken up with tragedy, he swallowed the pain and memories. They kept him motivated enough to keep on digging, although the case was nearly closed.

The way he acted all the emotions, the emotional pain haunting him, the way he transformed from the most pragmatic and realistic person in the whole world, to someone who is willing to leave the door ajar? Mind-blowing. His magnetic type of chemistry with on-screen partner, Holly Gibney (Cynthia Erivo) was one of the things, that kept the show going.

Speaking of Cynthia Erivo, she killed it, absolutely killed it! Her character, Holly was dragged into the investigation to follow up on some strange leads. Her thoroughness, persistence, fearlessness and curiosity made her a valuable asset of what I would like to call, The A Team (I’ll explain!). But, she is also a believer in things that are hard to believe. Unexplainable. Strange, weird. Holly is a peculiar person. She posses abilities, that are… Rare and one would say, impossible. Like telling exact height of a building or reciting a song lyrics, that she never heard. She sees things differently, with… This does of understanding and acceptance.

Clash of such drastically different personalities is captivating to watch. Ben’s character for sure is the realistic, down-to-Earth guy, but at the same time, he shows no disrespect to Holly. He really tries to understand. Holly, on the other hand is patient. For her whole life, she came across all kinds of assholes, saying that she is crazy. This isn’t her first rodeo. The way that these two collide and impact each other, is core element of the show.

I mentioned “The A Team”, right? It’s not what you think, I’m not going to look for connection between The Outsider and that movie. I like this term in certain context: a group of individuals working together, as a group. Team. And that’s what we get in the show – bunch of people with different approaches but same goal – find out what really happened to that little boy. So then, we have the skeptical and sassy lawyer Howard Salomon (Bill Camp), private investigator Alec Pelley (Jeremy Bobb), the good-hearted agent from GBI Yunis Sablo (Yul Vazquez) and former detective, who still has the guts Andy Katcavage (Derek Cecil), joining forces to solve murder mystery.

As it happens in very team, the beginning was a rocky road. After all, the lawyer defended the original suspect. However, due to unexpected turn of events, Salomon along with his PI Alec, decided to help out in the investigation.

Each character represented something else in the series – reason, heart, “doing the right thing” attitude. Each one of them reacted differently to the supernatural element introduced, it was interesting to watch how they approach the issue.

Once you eliminate the natural, whatever remains must be supernatural?

OKAY, this is where the WARNIGN SIGN comes in – I will talk more about the supernatural stuff here, which might be considered a spoiler. So, fair warning.

I said that I like stories that are based in the reality, right, with elements out of this world. I also said, that maybe those elements are not rightfully considered out of this world…? The Outsider reaches for folklore story about The Coco – a mythical monster, often compared to the bogeyman. So, basically the “thing” that you can scare your kids with, when they are acting out, as it is commonly used figure of speech representing an irrational or exaggerated fear.

Legend says, that in Spain, Portugal, and Latin America, parents sometimes invoke the Coco or Cuca (female version) as a way of discouraging their children from being… Well, disobedient. They would put it in lullabies, which is sick, or in rhymes:

Sleep child, sleep now…
Else Coco comes and will eat you.

I understand a lot, but why the heck would you sing that to your child? Come on. No wonder so many little ones out there are suffering from nightmares.

That would be it for general context, if you feel like reading more about this, Wikipedia says it all pretty nicely (though I avoid putting Wiki as a source, this article looks legit and frankly, I don’t feel like having nightmares tonight, so).

Once you eliminate the impossible, whatever remains, no matter how improbable, must be the truth.

HBO’s The Outsider is a text-book slow burn. They could’ve easily handle this story in 5 episodes. But why the rush? I absolutely loved the slow pace – it kept me anxious and legitimately concerned. Most of the time, I was looking at the screen, hugging the pillow and burying my face in it from time to time.

The slow-burn is one thing, but this show is a real cinematography-porn. Jeez, those intimate, symmetrical takes!!! Camera set on the table, by the doorframe, on the drawers, on the stairs and scenes living life of their own. Gloomy, muted colors set the mood – it’s dark and heavy.

Some stories are still untold and it makes me more than happy, that work on season 2 has been confirmed by the creators. If they keep up with the essentials, I might consider doing more of horror movies and series… Until then – I need to dig into the book!

I gladly left out few things for you to discover them on your own. Hint? Marc Menchaca.